Collingwood's Out of the Cold homeless shelter opens this evening for the first time
0
Dec 2, 2019 1:30 PM By: Erika Engel 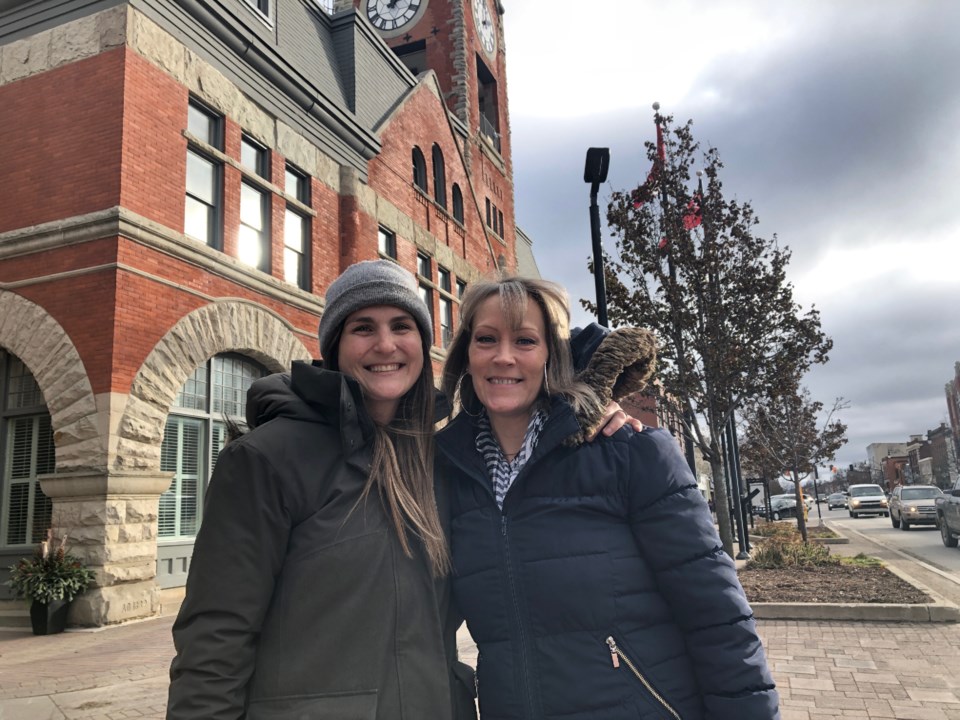 Dana Kaluzny and Heather Gilchrist are the full-time staff overseeing the Collingwood Out of the Cold shelter, which opens its doors this evening. Erika Engel/CollingwoodToday

Through a lifetime of nightmares that led a terrified woman to a homeless shelter, a dream emerged – one that would put her back in a shelter, this time as the one offering refuge to those in need.

Heather Gilchrist is the operations supervisor for Collingwood Out of the Cold’s temporary shelter. Tonight she will be living out her dream as the shelter welcomes people to spend the night for the first time.

She left home but not abuse – she moved in with a partner where things escalated. She sustained a spinal injury before she left.

She later married and divorced. She worked seven days a week, she had every other Sunday off, to support herself and her children.

She went on a dating site. And here is the worst of it.

“I feared for my life,” she said. “I can relate to people who have been kidnapped, who have had to beg for their life. I didn’t know if I was going to come out of that house.”

He threatened her life, detailing ways he would kill her. She feared for her children’s safety. She thought she was alone.

One day she escaped.

“I had seconds to get out,” she said. “I was talking to his parents and they told me not to go back to the house.”

But it was at a homeless shelter where she found hope for her future.

She received support – emotionally, physically, and mentally – through the shelter and through her church family.

“I didn’t go into the shelter because of the stigma, I needed it and I didn’t go,” she said. “One of the biggest reasons I tell my story is because there are a lot of people going through this. There’s shame attached. I realized I can’t control what people think, but that shouldn’t prevent me from getting help.”

Gilchrist has resolved to spend her life helping people.

She volunteered at the Out of the Cold shelter in Alliston, where she later was hired for an intake position.

“It’s so important to me to get to know people coming in, to understand what obstacles they’re facing and know what resources they can access,” she said. “I know how hard it is. I know what it takes to get back on your feet. I want to be an encouragement.”

When a job came up to help start Collingwood’s Out of the Cold program, she applied for what she knew would be her dream job.

She met Dana Kaluzny at her interview, and thought Kaluzny would win the position.

“I still wanted to help, even if I wasn’t hired,” said Gilchrist.

Instead, both were hired. Kaluzny for a coordination role, and Gilchrist for the supervisor position.

Kaluzny said she also experienced trauma in her childhood.

“I had the privilege of having connection to services, family members, and finances to be able to continue to be housed and sheltered,” she said. “My gratitude is to give back.”

She has spent her career working with non-profit organizations to develop projects for communities, with a goal of empowerment for people who need the projects.

Part of her role is to make sure there are many groups and services working together to make sure the Out of the Cold shelter not only provides a place for people to sleep, but a safe place they can come to connect to resources and eventually find a more permanent solution.

“I’m making sure we are working together for the same goal: To make sure it’s a safe space that provides what they need to transition from unsheltered to housed,” she said. “It only takes people providing help and people having courage to ask for help, and when these two things come together, lives are changed.”

Collingwood’s Out of the Cold shelter will open this evening (Dec. 2), offering space for those who need it from 7 p.m. to 7 a.m. The shelter is located at the E3 Community Services (250 Peel Street, Unit B). There are 12 beds, and there will be a nightly communal dinner for staff, volunteers, and guests.

BEYOND LOCAL: Can Canada can do better prepare to retrain workers displaced by disruptive technologies?
Jan 26, 2020 8:55 PM
Comments
We welcome your feedback and encourage you to share your thoughts on this story. We ask that you be respectful of others and their points of view, refrain from personal attacks and stay on topic. To learn about our commenting policies and how we moderate, please read our Community Guidelines.