'I’m exactly the idiot I was in my last year of high school,' says comedian Derek Edwards 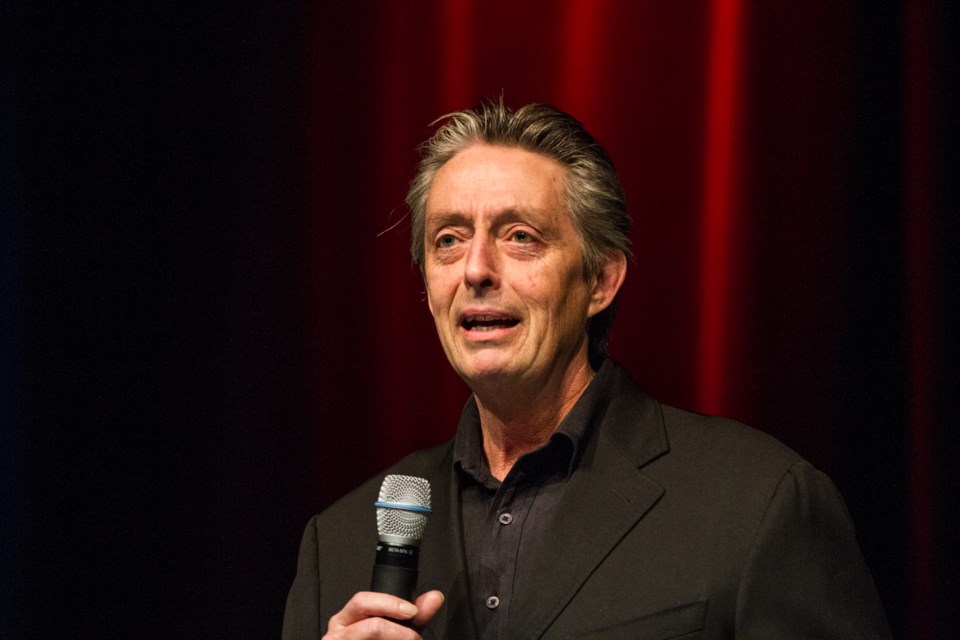 Comedian Derek Edwards will bring his act to Barrie on Oct. 25 when he performs at Georgian Theatre. Donna Hopper/Village Media

Derek Edwards has yet to catch up on his sleep from his last comedy tour, but when Village Media caught up with the acclaimed comic, he was busy throwing back coffee at his Toronto home and going through some notes in preparation for his Alls I’m Saying tour.

Described as a “riotous evening of homegrown comedy,” Edwards will bring his new, 90-minute stand-up routine to 11 cities across Ontario, including upcoming dates in Barrie and Collingwood.

“You've got to come into town with a big bag of tricks, you know? I mean, it’s impossible not to touch on the big show, you know, down to the south of us there. It’s hard not to cast a few stones in that direction, just for the satisfaction of having done so,” Edwards says with a chuckle. “The rest is human nature – travel stories, just funny stuff off of the media. I’m trying to make it all relatable, so if that’s the umbrella phrase that would sit good with you, that would be my description.”

When asked about the name of his new tour, Edwards says Alls I’m Saying is a nod to his northern Ontario roots.

“It’s really just a phrase I borrowed from my years growing up in Timmins, and from most folks I’ve met from the north,” he said. “It really kind of diminishes the importance of what you were just about to say.”

A winner in the best stand-up comic category at the Canadian Comedy Awards, Edwards says performing in front of people he knows in the north comes with its own set of challenges

“If I come into town (and) I don’t know anybody, I’m working for strangers and however it goes, that’s how it goes,” said Edwards, adding it's much tougher to perform for people he knows, "because you don’t hear the end of it if it isn’t (funny).”

“Strangers are awesome to work for," he added. "It’s those friends that are the biggest pain in the, ahem, rectum that you can possibly imagine.”

The comedian was once described as “the funniest man in Canada” by fellow comedian Rick Mercer.

A nominee for national comedy awards more than a few times over, Edwards says the idea to pursue stand-up comedy came from simply being a fan of comedy and attending shows.

“They seemed to be having such a blast and such a terrific time, I just wanted give it a try,” said Edwards. “To me it was like bungee jumping, I swear. You just try it for the thrill, and then OK, we’ll put that away – it’s off the bucket list; you can check that off.”

“The fact that it kind of fell together as a job, as a career, that was a shock. I still can’t believe I’m doing it.

“I’m exactly the idiot I was in my last year of high school,” he said with a laugh. “You’re older chronologically, but, you know, still feel very lighted at heart, and if you can get laughs out of strangers, I mean, what do you need? It’s a terrific scam for paying your rent.”

Edwards brings his Alls I’m Saying tour to the Georgian Theatre in Barrie, located at 1 Georgian Dr., on Thursday, Oct. 25. He will also perform the Gayety Theatre in Collingwood on Sunday, Oct. 28.

For tickets to the Barrie show, visit https://secure1.tixhub.com/barrie/online/index.asp.

For information on the Collingwood performance, visit www.gayetytheatre.com.

CANADA: Dishcloths, plastic wrap and other items producing waste in your home
Jan 23, 2020 9:25 AM

The Blue Mountains mayor resting after 'mild' heart attack
Jan 23, 2020 9:06 AM
Comments
We welcome your feedback and encourage you to share your thoughts on this story. We ask that you be respectful of others and their points of view, refrain from personal attacks and stay on topic. To learn about our commenting policies and how we moderate, please read our Community Guidelines.

About the Author: James Hopkin

James Hopkin is a reporter for SooToday based in Sault Ste. Marie
Read more