If the shoe fits: council challenged to measure their carbon footprint

A new initiative from the Collingwood Climate Action Team encourages Collingwood residents to team up, calculate their carbon footprint, and take action to reduce it
Jun 10, 2021 2:30 PM By: Erika Engel 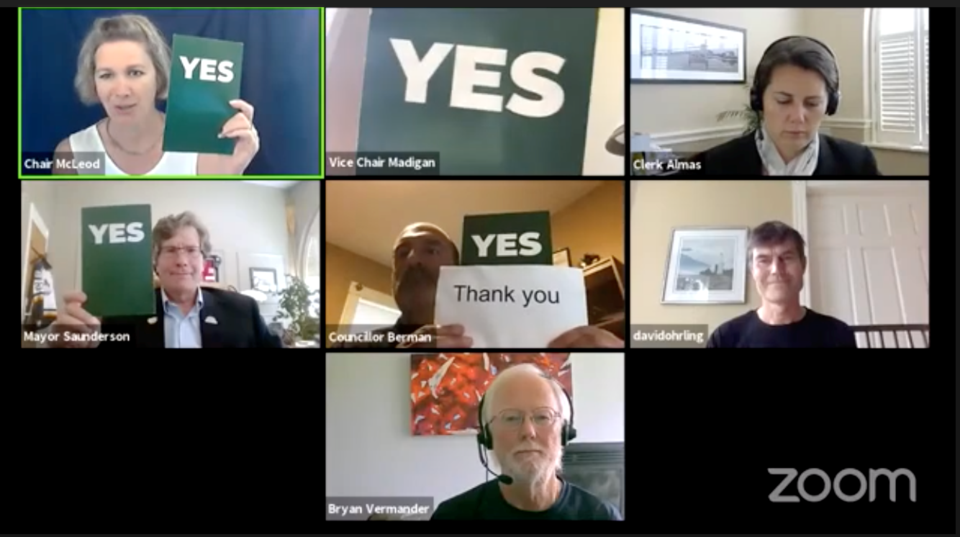 Collingwood council has enlisted themselves in a challenge intended to measure and maybe shrink their individual carbon footprints.

Two Collingwood Climate Action Team (CCAT) members, Dr. David Ohrling and Bryan Vermander, presented to council’s corporate and community services standing committee on Monday to announce the group’s pilot project and get council to sign up for the first challenge.

The Community Carbon Footprint challenge asks for Collingwood residents to use the Project Neutral website to measure their household’s existing carbon footprint.

From there, participants will have access to free resources and actions that will help them reduce their footprint in areas of their choosing.

“The general idea, initially, is to get the baseline and build awareness with it,” said Ohrling. “But as people start into this, they’re going to start working on things. I think that’s a natural progression.”

CCAT wants the challenge to be a group effort with organizations, churches, clubs, and neighbourhoods forming groups of five or more people for the program.

“Our unofficial theme is that we’re in this together,” said Ohrling. “Coming out of the pandemic, we think that community is very important. There’s going to be an appetite for people to get involved in things, hopefully.”

While the group hopes people will be inspired and equipped to reduce their footprint, the actual data (which will remain anonymous) will also help bring awareness to the town’s carbon footprint.

“It’s a baseline, then they get the tools and resources to take action and reduce their carbon footprint,” said Vermander.

To start, participants will enter simple or comprehensive household data into the Project Neutral website.

Vermander said the site will then provide “six buckets” of data for the household and they can choose to tackle the largest with action items geared toward those categories. For example, that could include food, energy, transportation, and more.

“Our ask is just to enter data and keep an open mind,” said Ohrling.

Council agreed to the ask with Mayor Brian Saunderson suggesting all of council should participate as a group in the challenge. The council members present at the committee meeting supported the idea.

In the future, the group could be encouraging re-entering data to see the progress and sharing tips among challenge participants as households find options that work in Collingwood.

The challenge is open to anyone, but is focused on Collingwood residents. It will be officially launching in late August or September.