‘I feel like we’re being screwed over’: Collingwood salon told to pay back $11K in rent relief

Salon owner claims Canada Revenue Agency through her MP has informed her she received rent relief money in error and now must repay it while the shop remains closed due to COVID-19 shutdown
Apr 22, 2021 9:15 AM By: Jessica Owen 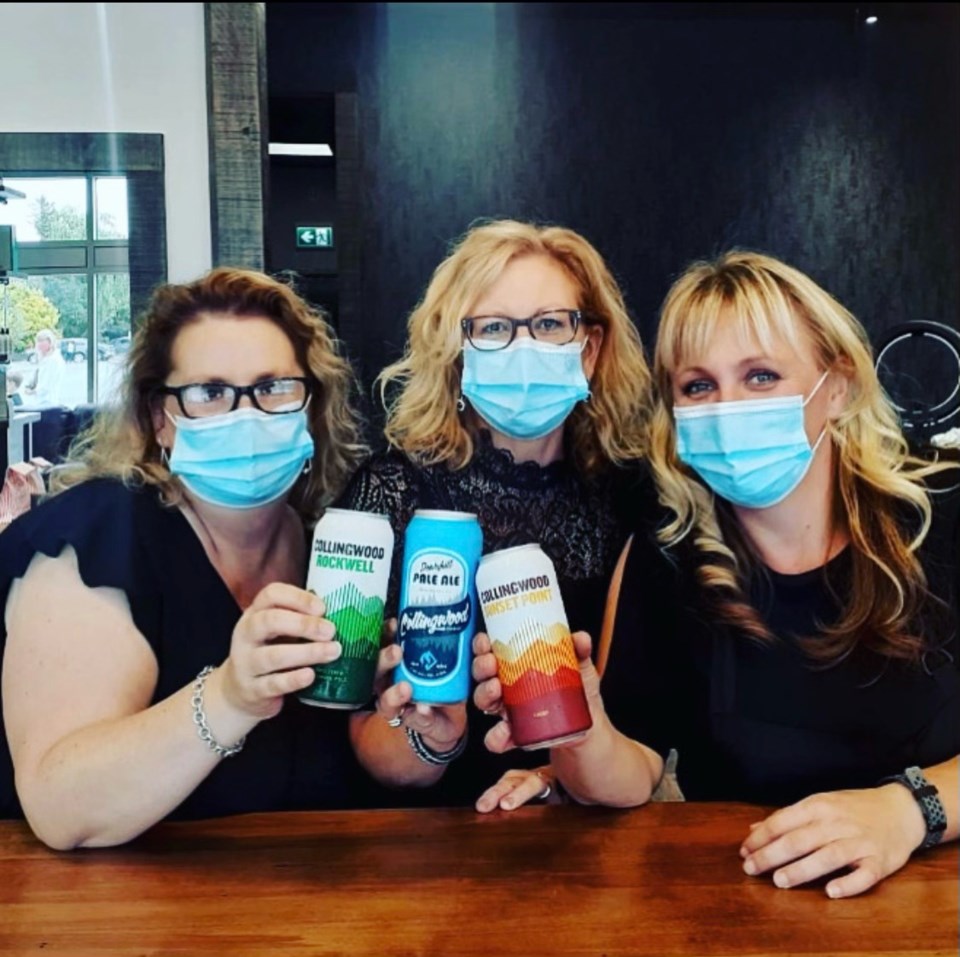 In 2019, Laura-Lee Gambee started talking about making her dream of owning her own barbershop become a reality.

However after the pandemic struck, that dream slowly turned into a nightmare.

In the latest in a series of setbacks for Mountain Men’s Barbershop in Collingwood, they claim they have been told they will have to pay back $11,000 to Canada Revenue Agency, funding the government agency says the small business received in error.

Gambee, along with Heidi Forster and Anna Legge, co-own Mountain Men’s Barbershop, which officially opened in August 2020. When they signed their lease for the business back in February 2020, COVID-19 hadn’t yet infiltrated the minds and lives of many Canadians. As the shop was located in a newly built plaza on First Street, the advent of the pandemic put the build on hold which postponed the opening date.

“(At the time) we thought, are we sure we really want to do this? We had no clue. We were just stuck in limbo,” Gambee told CollingwoodToday.ca.

When opening in August 2020, Gambee said it was stressful with the ever-changing government announcements, but she and her co-owners decided to push ahead as they had already invested so much in the business.

“We had no idea from day-to-day if we were going to be shut down. The rules kept changing in the hair salon industry,” said Gambee.

Gambee said Mountain Men’s is strict in regards to its own cleanliness and screening procedure for staff and patrons. Every client is screened through a questionnaire and must wear a medical-grade mask which can be brought from home or will be provided. All tools and high-touch surfaces are cleaned and sanitized between services and work stations are more than six feet apart.

“I’ve had a few people tell me off and swear at me because I won’t let them in without a mask,” said Gambee. “One person took their mask off and threw it at me. We’ve dealt with a lot of that. It’s stressful.”

When applying for government assistance to keep the business afloat, Gambee said she was not eligible for a Canada Emergency Business Account (CEBA) interest-free loan as Mountain Men’s is considered a brand new business.

She said she did apply for the Canada Emergency Rent Subsidy (CERS) which helped with January and February rent this year, but they were declined for March’s rent.

Gambee claims when she called Simcoe-Grey MP Terry Dowdall’s office to inquire as to why she was denied for March, she was told all the funding was given in error.

“His office called and advised me that Department A did not speak to Department B, we should not have received the rent relief and the CRA would be issuing a clawback,” said Gambee. “I didn’t understand because it was (someone) from CRA who walked me through the application process the first time.”

Now, Gambee claims she is responsible to pay back nearly $11,000 in the relief she received for earlier months, while her business is still closed due to the shutdown.

“I’m so upset. I got off the phone crying,” said Gambee. “I’ve called my MPP and there’s nothing they can do. I’ve called my MP. We’ve gone to the mayor. I called (Premier) Doug Ford’s office and (Prime Minister) Justin Trudeau’s office. I feel like nobody from the government wants to help us.”

Gambee said she’s a member of a Facebook group for Ontario salon owners, and based on conversations she’s having there she said she’s not the only salon with this problem.

“I feel like we’re being screwed over,” she said.

When reached for comment, Dowdall confirmed that Mountain Men’s had been informed they would be required to pay back the nearly $11,000 in funding they received for January and February’s rent.

Dowdall said back in January and February, the federal government had been approving anyone who applied for funding, with the intention that once they had taken a closer look if businesses were deemed ineligible they would be required to pay it back. As Mountain Men’s was not yet open at this time last year and eligibility is based on a percentage of money lost over the previous year’s revenue, Mountain Men’s was not eligible for any funding.

“The issue is, they haven’t been open that long. They aren’t the only one, and that’s the unfortunate part,” said Dowdall. “Why (the Liberals) aren’t changing that is beyond me. It’s just unfair business practices.”

Dowdall said he is constantly taking calls from small businesses, sometimes with owners themselves but also with different chambers of commerce across the Simcoe-Grey riding.

“We continue to lobby on their behalf to the Liberal government to change the rules and make it fair. There’s been no support for them,” said Dowdall. “No government – I don’t care who it is – should be able to pick and choose winners.”

She also applied for the Property Tax and Energy Bill Rebates, which she said she has received four times.

Gambee said she is in talks with her landlord to see if they can reduce the rent while she’s not able to open during the shutdown.

“We’re feeling overwhelmed. There’s nothing there for us, and no help for a new business. We fall in between the cracks,” said Gambee. “We’re a government-regulated trade, made up of 75 to 80 per cent women. I don’t understand why our trade is shut down, but other trades, like dental offices, are still open.”

“They have to help new businesses. In our plaza alone, there’s seven of us. It’s not just us struggling; it’s all of us,” she said.