From Collingwood to Miramichi: ReStore manager to retire 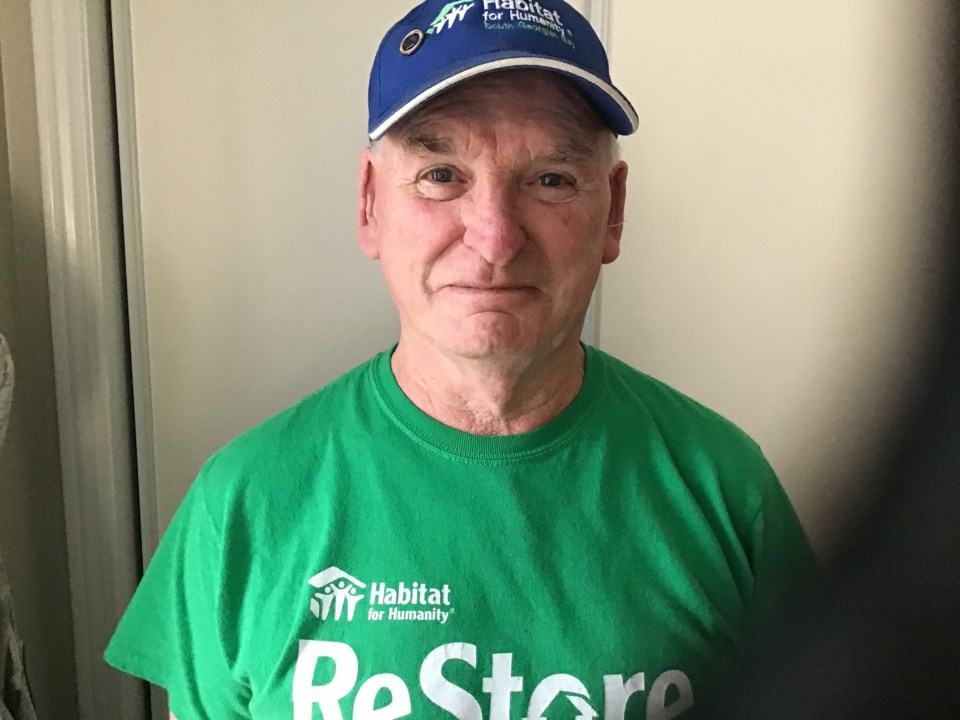 Dennis Wilson was manager of the Habitat for Humanity South Georgian Bay ReStore for about 15 years.Contributed image

Dennis Wilson and his wife are finally ready to retire together and head off into New Brunswick sunsets.

The long-time manager has worked at the Habitat for Humanity ReStore in Collingwood for 15 years.

“I love the work they do; building homes for people who can’t afford them,” said Wilson. “Habitat for Humanity gives that opportunity. It’s been a great 15 years for me. I’m 73 years old, so I think it’s time to give the reins to somebody else.”

“I’m really happy that the money is coming in,” he said. “I will miss the job, but I’m looking forward to going. I think it’s time. Maybe somebody who’s younger can take it to the next level.”

Wilson worked in the rail sector as an electrician for 32 years in Calgary before coming to Collingwood.

“I retired once when I was 50 years old, and then my wife said I should put my resume in (at the ReStore) in 2006 when the other manager was leaving. Fifteen years later, I’m still here,” said Wilson.

Wilson’s wife is also retiring from her job, and the couple intends to move to Miramichi, New Brunswick to enjoy their retirement together.

Habitat for Humanity South Georgian Bay will be holding a drive-by retirement party parade for Wilson on Wednesday, Mar. 31 from 2 to 3 p.m. at their ReStore location at 155 Sandford Fleming Drive.