From busking to bi-coastal tours 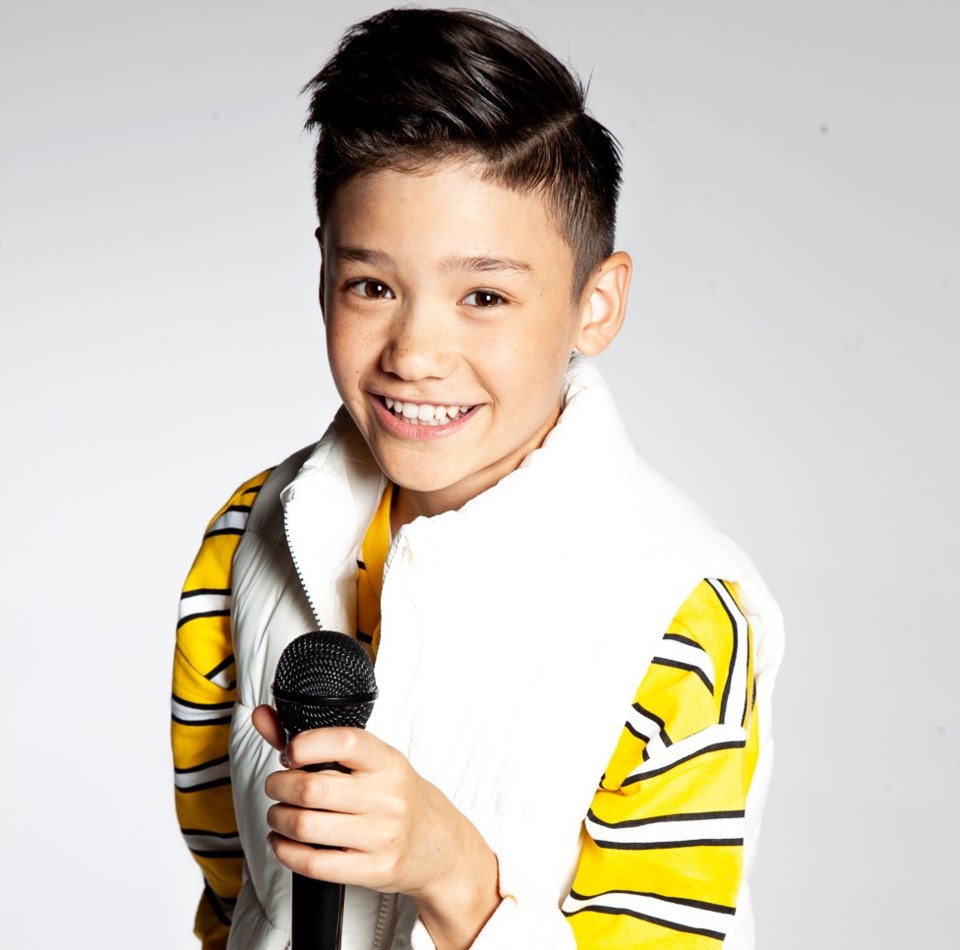 While you may recognize him from busking on Hurontario Street, 13-year-old Carter Leynes has hit the big time and is headed on the road this week for an Eastern Canada tour.

For this week’s edition of People of Collingwood we sat down with Leynes, a Mountain View Elementary School Student and member of Mini Pop Kids.

A: Yes, I have. I’ve been here since I was born, and for as long as I can remember.

Q: When did you first get interested in music?

A: I’m not sure the specific age... I was really young.

I was probably around two.

My older brother started taking music lessons. I always wanted to take music lessons but I wasn’t big enough or old enough yet.

I’ve been busking since I was eight. I do the local farmer’s market and downtown near the hockey arena.

Q: Can you tell me about Mini Pop Kids?

A: I got into the Mini Pop Kids (MPK) this spring through an audition with my agent. I think there was about 630 kids. Out of those kids they chose eight of us, and we’re the group now.

We sing all the most popular songs from the summer, and we recorded it.

We have to make sure they’re clean versions because we can’t sell songs to little children that have Cardi B lyrics in it. (laughs)

We also go on a tour across Canada. We’ve been to the west coast, and I’m going to the east coast this week.

A: We have a parent that comes with us. My dad’s coming with me to the east coast. We stay in a hotel.

We have so much fun, because we’re with the rest of the MPK.

Q: How does it feel to go out on stage before a big audience?

A: It’s really great because I love being on stage with my best friends.

We do a meet and greet right after the show and we get to meet all our amazing fans. There’s so much energy and they’re just so kind and so nice.

Q: Do you get to play guitar with MPK, or is that separate?

A: I do! I get to play one song on stage, Friends, because it’s a guitar song. It’s fun because I’m with Kylie and Jazzy and we do it all acoustic with no backing track.

A: I would love to continue on with music after the Mini Pop Kids. That would be the ultimate goal. It’s always been my dream. I want to see how far I can go with the music.

Q: What’s your favourite part of being a musician?

Performing is just what I’ve always loved to do.

Before Mini Pop Kids, I had a record deal with Record Crown. They’re the ones who are releasing my song on Spotify and iTunes.

Q: Do you attribute any of your success to growing up in Collingwood?

A: There are really good music programs (here). I attribute a lot of it to Shane Cloutier (my guitar teacher) and Ms. (Jennifer) Hammond (teacher at Mountain View). Ms. Hammond got me writing songs, and Shane got me to the album.

Shane’s been my guitar teacher since I was little. I had to stop recently just because I had too much on my plate.

I just thank them so much.

COVID-19: Ways to teach kindergarten kids to deal with stress, whether learning online or at school
Apr 19, 2021 8:55 PM