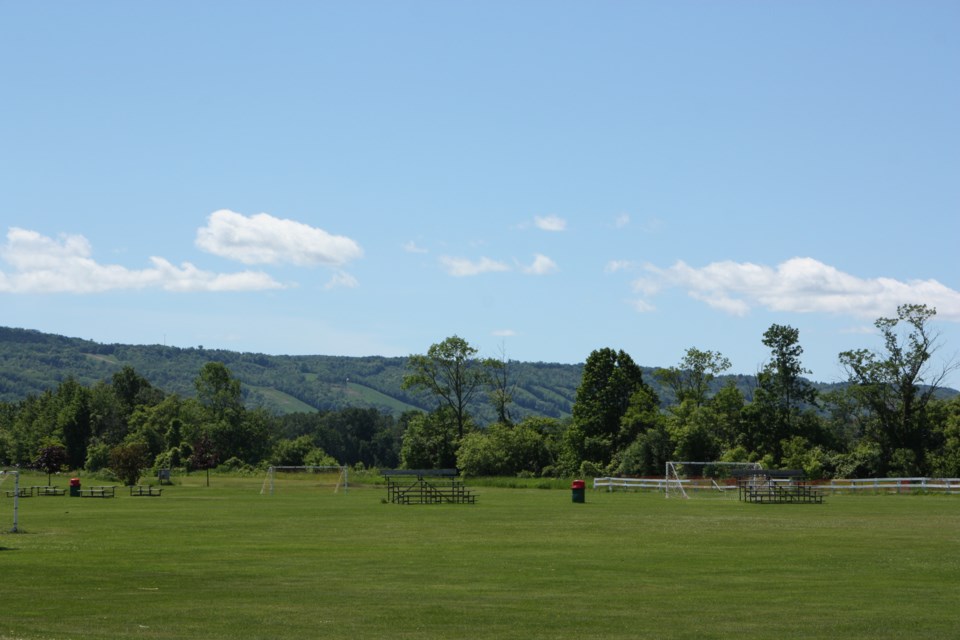 Collingwood council approved an increased budget for a washroom building at Fisher Field.

Staff asked council to approve a new budget envelope for the project of $1.24 million, after the town received 18 bids for the construction all totalling more than $1 million.

Collingwood’s director of parks, recreation and culture, Dean Collver, said this was the highest number of responses to a request for bids from the town in “recent memory.”

The Fisher Field clubhouse was originally pitched to council in the summer of 2019. At that time, council approved $910,000 for it.

Some Collingwood councillors raised questions and eyebrows over the increase to the budget.

However, Collver said the original estimate was based on a development charges review study done more than five years ago, and without things like design and public consultation to inform the cost. He added the staff request in 2019 for a $910,000 project envelope was, in hindsight, an error.

“We should be saying what is the amount of money needed to advance this project,” said Collver, adding staff will now be changing the way they present projects to council.

In future, staff will come to council first with a request for funding to cover the design phase, including public consultation and hiring an architect. From there, he said, staff would have a “good estimate” in hand to bring to council for a budget request.

In this case, he said he’s confident the town is getting competitive pricing for the contract because of work done in advance by staff and an architect, public consultation, and the number of bids received.

“Taken holistically, I feel very comfortable with the number we’ve ended up with after a lot of work done and 18 bids,” said Collver to council during a meeting Nov. 23.

The project, when first proposed, caught the attention of several residents who said the building wouldn’t have the capacity to serve the users there.

Soon after, Collver and town staff caught wind of provincial/federal infrastructure grants coming down the pipe. Town staff, with an architect, came up with two designs, one more basic to be built if no grant money was awarded, and one that “shot for the moon” should the town receive funds from the provincial/federal program.

In the upgraded version, the washroom and changeroom facilities were climate controlled and open all year-round. There was a community space and a teaching kitchen included.

The town’s grant application was turned down.

What went to tender is a building to house four washrooms, two dressing rooms and a small referee room. The building will not be heated, and so will only be open three out of four seasons. Much of the cost of the facility is tied to linking water and wastewater or septic services to the washroom building, according to Collver.

“The approach we took is not ‘build it and they will come,’ but rather let’s build it for the services we know we need, knowing we can add the services later if they were warranted,” said Collver.

He said retrofitting the building to have it open and operating year-round is “not difficult” after the fact, and town staff would work with the architect and contractor to make sure the building can be retrofitted simply in future.

The $1.24 million budget breakdown is as follows:

The staff report noted the 18 bids ranged from $1.05 to $2.67 million and staff recommended proceeding with the lowest bidder, Icon Construction, who was compliant with the terms set out in the request for proposal.

Collver said the money was available in the reserve funds, and withdrawing the requested funds would not cancel or delay any other town projects.

The fieldhouse has been designed to meet accessibility act requirements.

Councillor Steve Berman was the only member of council to vote against the budget request.

After 'flood' of comments, town will host public session for Fisher Fieldhouse plan
Jul 23, 2019 9:30 AM