Centennial Aquatic Centre could be closed for up to six weeks as crews work on a surprise repair
0
Sep 10, 2019 9:52 AM By: Erika Engel 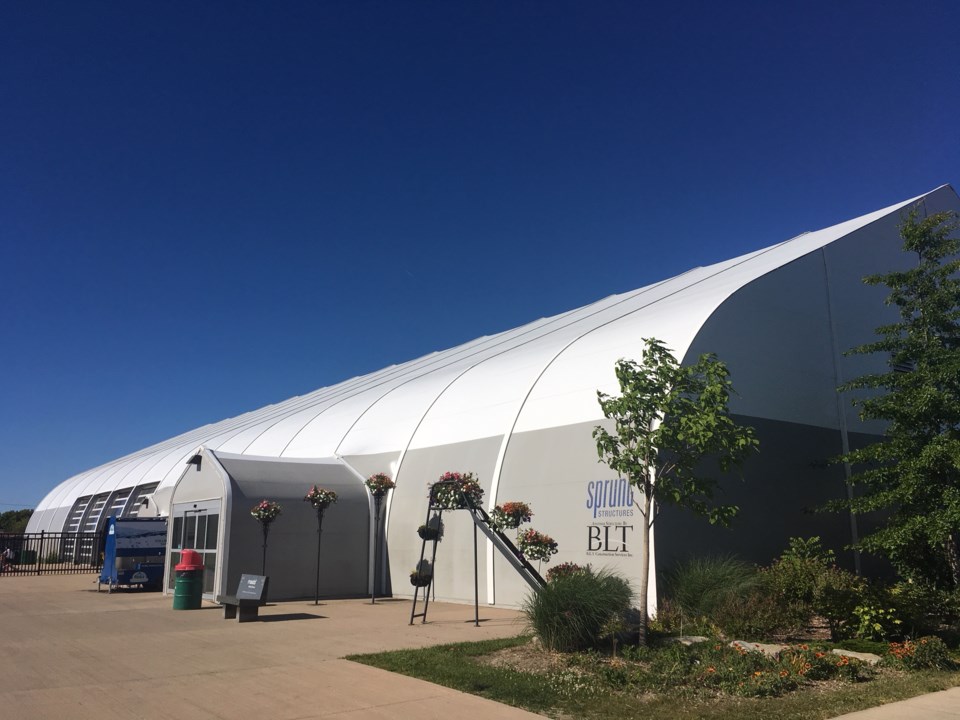 Centennial Aquatic Centre will be closed longer than expected - up to six weeks - after construction crews uncovered a problem with some of the floors in the building.

The pool has been closed since the beginning of the month for maintenance. All the floors in the changerooms are being replaced. But in removing the old tiles, construction crews discovered the floor in the men’s changeroom was suspended and water had been collecting underneath, probably since the pool opened.

Collver said it was always a mystery for facility staff who would notice water seepage coming up through the floor in some of the rooms.

“We’re disappointed to find out the tile was not properly installed,” said Collver at the committee meeting last night. “We’re in the position of having to repair it, and in order to make sure we don’t have standing water elsewhere, we have to install more drains.”

Collver said the work would mean a 20 per cent increase to the project budget, which was originally set at $144,970. With repairs and additional drains, Collver estimates the project will cost an additional $32,500.

“The worst part of all of this, aside from funds … is we are estimating it will take two-to-three weeks more,” said Collver. “It could be a total of five to six weeks the pool is closed while we deal with this. The impact on the users is significant.”

He said the Collingwood Clippers were hoping to host a meet at Centennial Aquatic Centre in October, and he’s not sure that will be possible now.

According to Councillor Tina Comi, the Clippers are currently training in Wasaga Beach.

Collver also said the fall intake for the town’s swimming lessons is always the biggest, and it will be delayed this year.

“We still have aqua-fitters knocking on the door every day asking why the pool is closed,” said Collver. “It’s a very popular facility, and it’s attracted a lot of users. It’s devastating news we’re going to be shut down even longer.”

Collver said he and his staff were aware the presence of standing water such as the water collecting under the change room floor could produce mould.

“What we found was relatively minimal,” he said, adding the facility staff efforts to sanitize the pool and the use of cleaning products possibly helped keep the mould at bay. “Prior to the re-tiling project, we saw no evidence of mould, just mineral stains left behind where the water had seeped through the floor in other areas.”

Councillor Bob Madigan, chair of the corporate and community services standing committee asked if there was any recourse the town could take with the builder.

Collver said the warranty was up on the building, but the town had reached out to “indicate we find the work to not be of good quality.” The town has not yet received a response.

Mayor Brian Saunderson, a member of the standing committee, said the town has “had a number of other issues” since the pool has been open, and asked Collver to bring back a list of costs the town has paid for unscheduled repairs and maintenance over the life of the aquatic centre.

Saunderson cited an earlier issue (in 2016) with the warm water pool. After the liner teared, when crews went in to repair or replace the liner, they discovered mould behind it. The town decided to install tile in the warm water pool after cleaning out the mould.

Collver said he would have the figures ready for the council meeting on Monday (Sept. 16)

The Centennial Aquatic Centre was one of two buildings erected with the funds from the 2012 share sale of Collus to PowerStream. At the time there was opposition to the plan, in particular, the use of a fabric membrane structure.

Later this week (Sept. 11) the Collingwood Judicial Inquiry will resume public hearings, and this second phase of the inquiry will focus on the decisions and transactions that resulted in the town building both Centennial Aquatic Centre and Central Park Arena with the sale proceeds.

Centennial pool closed next month
Aug 28, 2019 4:30 PM
Comments
We welcome your feedback and encourage you to share your thoughts on this story. We ask that you be respectful of others and their points of view, refrain from personal attacks and stay on topic. To learn about our commenting policies and how we moderate, please read our Community Guidelines.