"The future remains always uncertain for any event or festival," said Rosemary O'Brien, coordinator of the Collingwood Elvis Festival.
Apr 2, 2019 9:36 AM By: Erika Engel 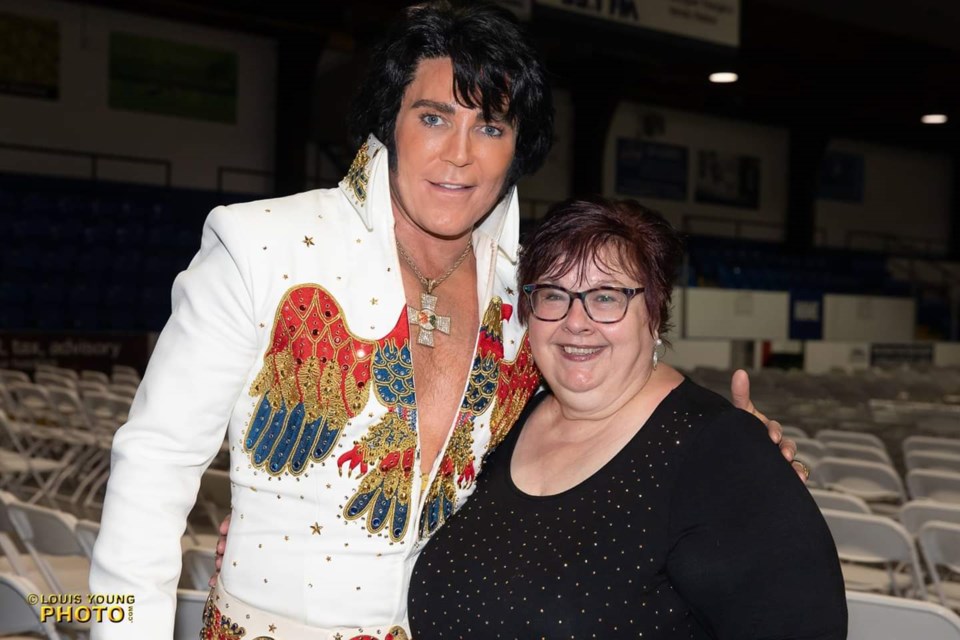 An Elvis Presley fan who has attended every one of Collingwood’s Elvis Festivals and makes annual trips to Memphis has one question for the town of Collingwood staff and council: “What are you thinking?”

The question came from Wendy King, a Barrie resident and seasoned Elvis Tribute Artist competition judge. She volunteers at Collingwood’s Elvis Festival, and has been to Graceland 50 times. King also works as a freelance columnist and writer for BarrieToday, a sister site to CollingwoodToday.

She was one of a few presenters who spoke to the Corporate and Community Services Standing Committee during a meeting last night. The agenda included a motion to discontinue the Collingwood Elvis Festival as a municipally funded event and support a private enterprise in taking over operation of the festival.

“We really don’t quite get it,” said King. “It’s hard to believe the festival doesn’t make money … maybe the financial rewards come after the festival is long over.”

King said there are other benefits including publicity, popularity, and reputation for Collingwood.

“It’s given us a worldwide family and to us, that is truly priceless,” said King.

Dean Collver, director of Parks, Recreation, and Culture (PRC), presented a staff report to the committee, which included attendance and economic impact data collected at the last three festivals. Both showed a decline over three years.

“We have been striving to find ways to enhance economic impact,” said Collver. “As much as the numbers are still good, the decline is what worries us.”

He told the committee the report was “very tough” in many ways for both him and the rest of the PRC staff, which includes Rosemary O’Brien, the longtime coordinator of the Elvis Festival.

“We have a great deal of pride in this festival,” said Collver. “But we struggled with this as a municipal activity. It requires a fair bit of risk going in, roughly $300,000, and then we have to work to recover $250,000 to hit our budget.”

According to Collver, once the PRC Master Plan was made public – including a recommendation to discontinue the Collingwood Elvis Festival – the town received an unsolicited proposal from a private enterprise interested in taking over the festival operation.

Collver said there have been private businesses interested in the festival before, but until now, none of the businesses have found a way they think it will work.

According to Collver, the business interested in running the festival has experience with the Collingwood event, and wants to maintain the licensing through Elvis Presley Enterprise.

During the meeting, one local resident, Arlene Sharp, approached the podium to ask for a comment from O’Brien, as the festival’s organizer. While typically the department head handles questions from council and members of the public, O’Brien agreed to speak.

“It’s hard to say, even as a taxpayer, whether this proposal is good for the town of Collingwood,” said O’Brien. “I think it’s premature even to discuss it at this point. When we started this festival in 1995, everybody thought we were nuts back then, that it would never last … The Collingwood Elvis Festival has done well for the town … It’s an amazing event, and I think we’ve done a tremendous job. The future remains always uncertain for any event or festival ... I’m not going to say it’s good, I’m not going to say it’s bad … If the municipality wants to remove the burden off the taxpayer, then it would be a reasonable opportunity to ensure the festival continues.”

Collver said a new event under private management could stay in Collingwood. He said Hurontario Street would remain open and the festival would move to the parking lot behind Eddie Bush Memorial Arena.

Collver also said staff would be supporting the private enterprise in the transition and would help with planning and logistics of the event.

“The only investment we have is reputational risk,” said Collver, adding staff still want to see the event successful since the town’s name is on the line. “That’s why we’ve asked permission to work with them. We don’t want to see someone run it into the ground.”

According to Collver, the town received 110 third-party special event applications last year. Many of those events are for the summer months and Collver would like to free up some staff time to support third-party applications and help them make more successful events that work in Collingwood.

For King, the festival in honour of the King of Rock and Roll is something that shouldn’t be taken lightly, and she’s not convinced a private enterprise could do the same job the town has done.

“To me, it would depend on who this private firm is,” she said. “Do they know anything about Elvis? It’s a very unique world and fans take the festival very seriously … If it becomes just a watered down version of what fans have come to expect, I think fans will go elsewhere. We need a lot more answers.”

The town is still running this year’s festival, which will be the 25th anniversary event in Collingwood.

The standing committee voted in favour of the motion to discontinue the Elvis festival as a municipally funded event and pursue negotiations with the third party for the 2020 event. However, the decision is not final until it has been voted on at a regular council meeting.

Council will vote on the matter at the next meeting on April 8.

Elvis comes home to Collingwood for at least one more year
Feb 1, 2019 8:53 AM
Comments
We welcome your feedback and encourage you to share your thoughts. We ask that you be respectful of others and their points of view, refrain from personal attacks and stay on topic. To learn about our commenting policies and how we moderate, please read our Community Guidelines.