Developer wants to give excess, protected lands to non-profit conservancy

While attempting to donate the land, it was discovered there's a 1980s site plan agreement for a hotel still registered to the title
Jul 19, 2019 9:00 AM By: Erika Engel 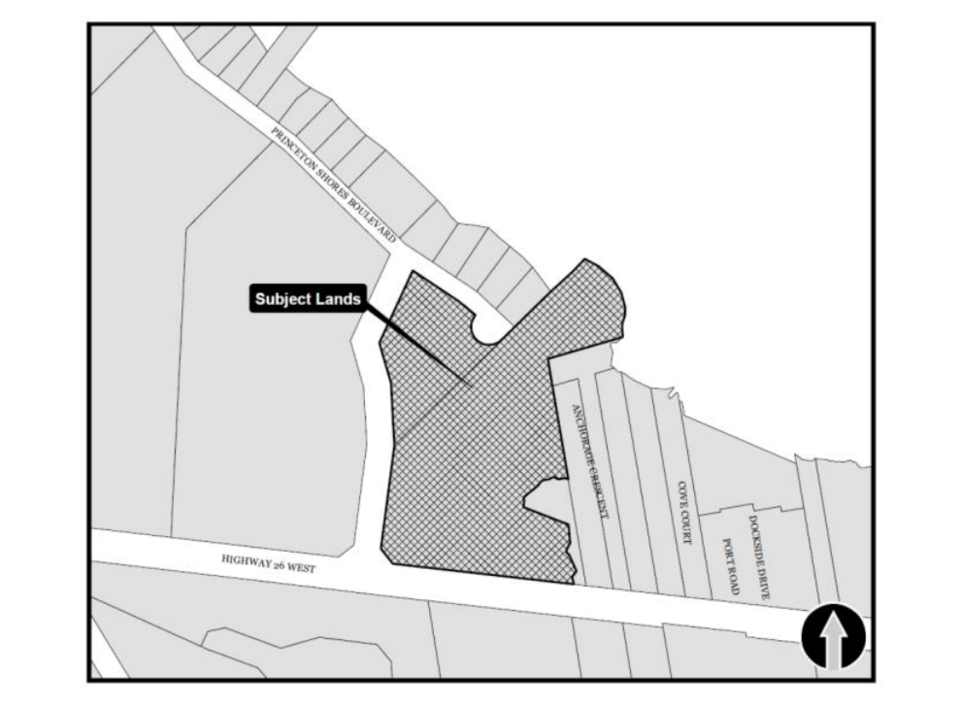 The hatched area denotes the portion of land being donated to the Escarpment Biosphere Reserve for preservation. Contributed image

A Collingwood development is turning over a ‘remnant’ 13 acres of land to a local conservation group for green space.

The land was originally part of a 24-acre lot, which is now partly occupied by the Wyldewood Cove project.

Wyldewood Development Corporation is the group behind Wyldewood Cove project, which was recently completed, and is located in Collingwood’s west end (off Highway 26 and just west of Lighthouse Point).

The developer is proposing to give the 13 acres to the Escarpment Biosphere Conservancy. That portion of the land is undeveloped and environmentally protected land.

According to Adam Farr, director of planning for the town, the developer is asking the Conservancy to make sure the land remains accessible but protected, via a pedestrian trail.

The Escarpment Biosphere Conservancy is a non-profit organization already maintaining and managing a system of nature reserves in the Niagara Escarpment area.

The matter was before the development and operations services standing committee earlier this week because there’s a 1989 site plan control agreement on the title for the construction of a hotel on the same property.

According to a staff report, town staff cannot find a hardcopy of the hotel proposal. Construction for the hotel never began.

“Given the sensitivity of the lands, such a use is no longer appropriate,” stated the staff report.

The standing committee was being asked to discharge the agreement to allow the development to pass on the land without encumbrances on the title. The committee voted unanimously in favour of discharging the 1989 agreement. Their decision will have to be ratified by council at the July 22 meeting.

Monaco construction could start in August if approvals in place
Jul 17, 2019 10:12 AM
Comments
We welcome your feedback and encourage you to share your thoughts. We ask that you be respectful of others and their points of view, refrain from personal attacks and stay on topic. To learn about our commenting policies and how we moderate, please read our Community Guidelines.