'COVID really has advanced the demand and need for (alternative dispute resolution) both in mediation to try to settle it and, failing that, arbitration,' says lawyer
May 10, 2021 12:30 PM By: Marg. Bruineman 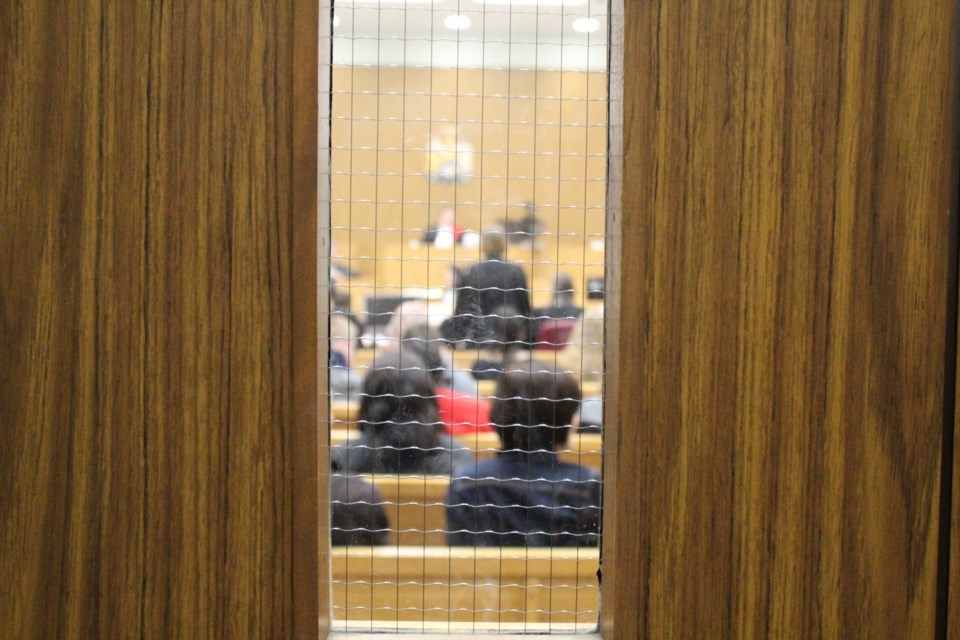 A look inside a Barrie courtroom is shown in this photo illustration from 2019 during the mock trial competition. Raymond Bowe/BarrieToday

With courts at a virtual standstill and an ever-increasing backlog of cases, local lawyers are suggesting this is a good time to embrace alternative approaches to reaching resolutions in conflicts.

While mediation and arbitration are used to resolve all sorts of disputes in the Toronto area where it is mandatory for some areas of law, in the Barrie area it has been largely reserved for family law cases.

Tom Dart and Morris Cooper want to change that.

“The idea is to help them solve the problems they’re facing with each other,” said Dart, a partner at Barriston Law in Barrie. “Just about any dispute can be referred to ADR (alternative dispute resolution).

“The court system has shut down right now except for urgent emergency-type matters so people are turning to mediation and arbitration in the family law field," he added.

Dart, who became a family law arbitrator and mediator in 1995 and has since headed up the Ontario Association for Family Mediation and Family Mediation Canada, has noticed an uptick in the alternative approaches for civil disputes like contract and construction disputes.

Cooper, a commercial arbitrator since the late 1980s and an adjudicator for the federal government, moved from Toronto to Muskoka where he surprised to find how little alternative dispute resolution is used generally outside of Ontario’s major centres.

“The potential is proven by the successful and widespread use of both mediation and arbitration in the major centres,” said Cooper, pointing to Toronto, London, Ottawa and Windsor. “Some of those jurisdictions have locally made mediation mandatory in most litigation.

“In the areas outside of the big urban centres, there’s never been the same take-up of mediation among the lawyers in the smaller centres," he added.

The mandatory use of arbitration as an alternative to the courts is often included in commercial contracts, such as in construction, to settle disputes more quickly.

And although there is a charge to the private process, it is considered, overall, to be a cost saver due to its efficiency.

Mediation is using a neutral facilitator with subject matter experience to reach a settlement between the parties, often through creative solutions not available through the traditional court process. It is not binding if a deal isn’t reached.

Arbitration is another method of decision-making, resulting in binding decisions made by an abitrator. The hearings are scheduled at the convenience of the parties and the process is kept confidential.

A big advantage of mediation and arbitration is the ability to choose a mediator or arbitrator very knowledgeable of the particular subject matter under the dispute. The result, said Cooper, can be better than one achieved in court, far more quickly and therefore cost efficient.

“COVID really has advanced the demand and need for ADR both in mediation to try to settle it and, failing that, arbitration.”

Josh Valler, also with Barriston Law, said he has seen a pivot locally toward alternative means of resolving litigation and he had a recent resolution in an employment law case through mediation.

However, the concept continues to emerge in the Barrie area, he noted.

“For my client it made sense because it was cost effective,” Valler said. “We were able to utilize a service that’s been around for a while to ensure the effective and effective administration of justice.

“Every party thought it was an efficient use of resources and time. You got a resolution within months as opposed to years.”

Just about any dispute can be referred to one of the alternative approaches with the exception of criminal cases, said Dart. The pandemic has forced increased attention to mediation and arbitration as parties seek an earlier end to conflicts.

“There’s requests for mediation, arbitration coming in almost on a daily basis,” he said.