Council gets a sinking feeling about pool building 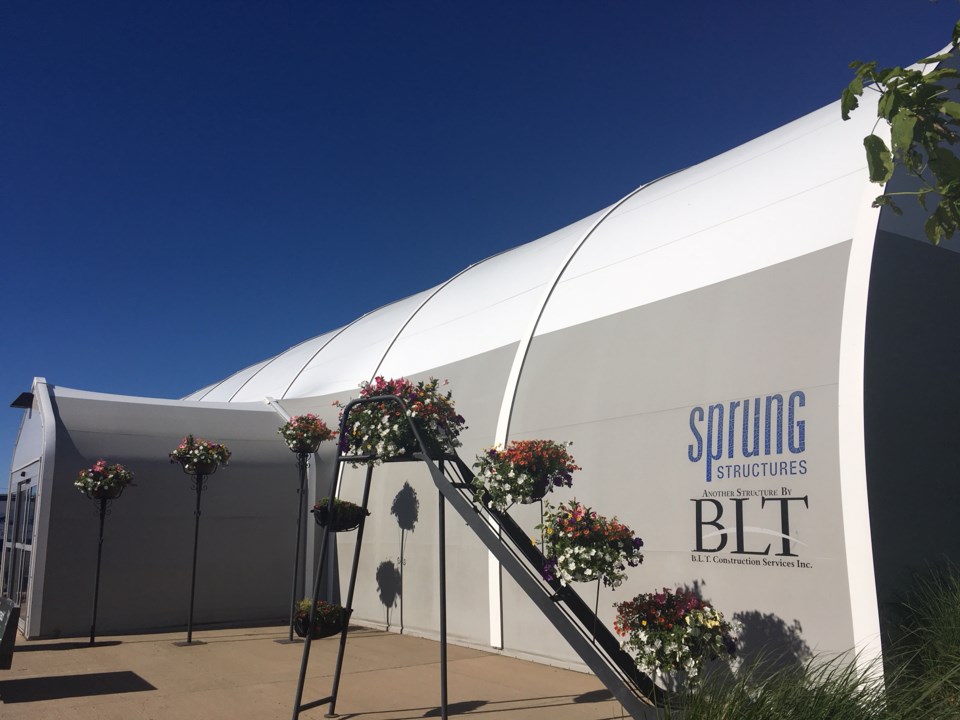 A wave of unexpected repair costs for the Centennial Aquatic Centre led councillors to suggest considering legal challenges against the pool’s contractor.

A staff report to council this week reported there have been more than $360,000 in “unplanned expenditures” for repairs to the pool building since 2016. (You can read about the report on CollingwoodToday here.)

“It’s opened my eyes and I wonder if anything else will come up,” said Coun. Bob Madigan, before suggesting staff “take a closer look” at the building while “things are opened up.”

The pool is currently closed while crews work to replace the floors in the changerooms.

When crews began tearing up the floors, they discovered the tiles “had not been laid properly” and there was space between the tiles and the concrete floor where water was pooling.

Dean Collver, director of parks, recreation and culture for the town, said the extra work required to install more drains will cost about $32,500 and will mean extending the pool closure by about three weeks to a total of six weeks of downtime.

“It’s frustrating,” said Madigan. “We’re kind of handcuffed by it. We can’t do anything but say we’ll have to fix it. The companies that built these pools assured us they knew what they were doing, when, clearly, they did not.”

The projects listed in the staff report as “unplanned expenditures” include:

“It seems to me the town is being asked to pay for things that should have been done properly in the first place,” said Coun. Yvonne Hamlin at the Sept. 16 meeting.

“Clearly the facility was not constructed properly.”

Hamlin suggested the town seek legal advice to “see what our rights are.”

Coun. Mariane McLeod asked if there were also unplanned expenses for the Central Park Arena building, which was constructed at the same time by the same contractor.

“I don’t believe we’ve had any interior issues of the same kind of challenges at the Central Park arena,” said Collver.

Currently, the Collingwood Judicial Inquiry is focused on the two recreation buildings (Centennial Aquatic Centre and Central Park Arena) and the process by which council sole-sourced the structure and contractor and used proceeds from the 2012 Collus Share Sale to pay most of the costs of their construction.

On Friday, Sept. 13, the town’s former deputy chief building official Ron Martin was on the witness stand. He was brought into the project late, but eventually became the town’s project manager during the construction phase.

Martin told the inquiry the construction for the arena was “smooth,” and went “quite well.” He said there were advantages to building the arena on a “clean site” where no existing infrastructure had to be incorporated.

The pool, he said, was a different story.

“I think the difference was, is pretty obvious,” said Martin. “We were renovating and adding to an existing pool versus a nice, clean, brand new arena. The contractor had to deal with an existing pool, existing equipment, existing underground services.”

Martin said the pool site was “a little more problematic” and “complex.”

He said the plumbing for the pool was not in the location crews expected it to be, and a transcript from a council meeting on April 29, 2013 shows Martin identifying two “major items” outside the original expected scope of the project including adding a therapy pool and upgrading the pool, both of which were added after the original contract and scope of work was signed.

Martin said the pool was originally built in 1967 and during construction of the Sprung fabric membrane structure in 2013, issues arose “almost on a weekly basis.”

“It almost seemed every meeting there would be a new problem, a new piece of equipment, a new concrete slab, a new batch of piping that we couldn’t use,” said Martin during his testimony at the inquiry.

At the Sept. 16 meeting, council directed staff to do a building inspection and report back on further options for a “deep dive” into the state and construction of the pool building to determine what, if any, further repairs will be required.

Faulty floors mean town pool will stay closed into October
Sep 10, 2019 9:52 AM
Comments
We welcome your feedback and encourage you to share your thoughts. We ask that you be respectful of others and their points of view, refrain from personal attacks and stay on topic. To learn about our commenting policies and how we moderate, please read our Community Guidelines.