Councillors objected to nighttime closures of town parks and asked staff to rework the bylaw before bringing it back to council
May 7, 2021 12:30 PM By: Erika Engel 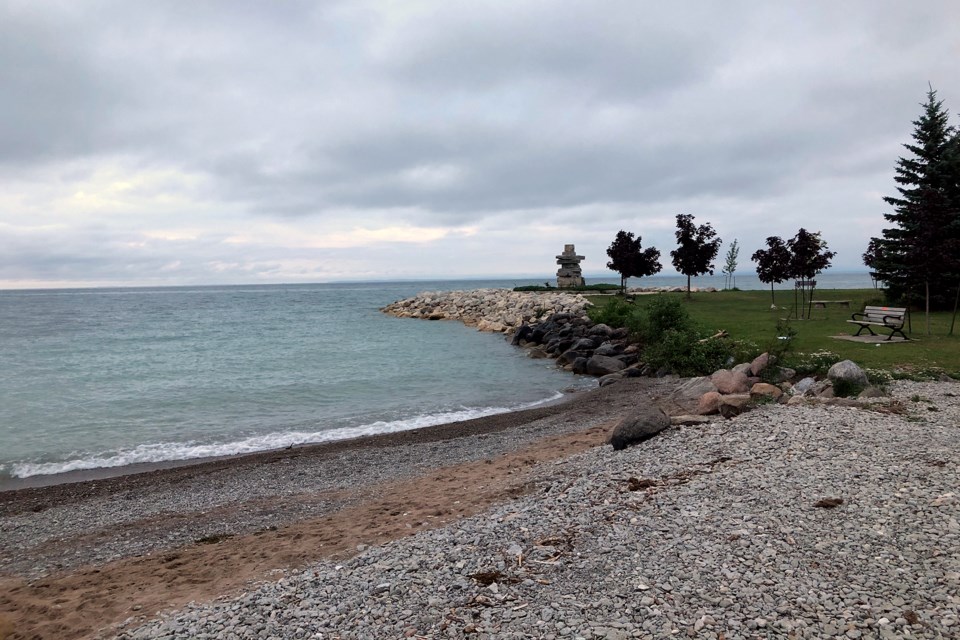 A proposed curfew for town park use has some members of council asking for a re-do of the draft park-use bylaw.

The bylaw came to council’s Corporate and Community Services standing committee meeting last night (May 6) as an update to the town’s existing 36-year-old parks bylaw.

Staff were hoping to put it into action before this summer, after record crowds and park use last year resulted in some abuse of town parks and disputes between users.

In a previous interview with CollingwoodToday, parks manager, Wendy Martin, explained the bylaw is there to address issues affecting people’s enjoyment of the park.

“We want to retain the value of parks to people, we want to have the parks enjoyed by all, but we want to make sure they’re not damaged to a point where we have to shut them down to reconstruct them,” said Martin.

However, some of the changes proposed in the bylaw drew opposition from councillors during the Corporate and Community Services standing committee meeting on May 6.

Committee members raised concerns over a curfew that would close parks to the public between 11 p.m. and 5 a.m.

Councillor Bob Madigan and Mariane McLeod didn’t like the idea of preventing park use at night. McLeod said she likes to watch meteor and astronomy events from the parks at night time, and Madigan said he used to spend time in the parks at night as a teen. Neither wanted to deny others of those options.

"I just cannot take away from the future children of Collingwood the opportunity to get up to no good at Sunset Point in the middle of the night," said McLeod.

Director of Parks, Recreation and Culture Dean Collver explained to the committee the nighttime closures are in response to vandalism occurring in parks overnight.

“We’re trying to prevent vandalism,” said Collver. “That’s not because everybody who goes to the park vandalizes. It’s because a couple people do and we needed a tool in order to help the officers support that enforcement.”

He said a person walking through the park at nighttime wouldn’t be ticketed, but if something like vandalism was going on, bylaw officers and or police would have the option to tell someone to leave the park if it was after 11 p.m. and before 5 a.m.

Mayor Brian Saunderson was concerned the bylaw went to far to restrict the way people could use the park.

Collver noted staff had complaints from people injured by things like frisbees in the busier, smaller parks like Sunset Point.

“We’re not going to be arresting people for playing frisbee,” said Collver. “But we’re trying to create organization … the intent here is not to kill fun. What we’re trying to do is provide the tools and ability for staff to adapt and react to things like the capacity issues we’ve experienced.”

Collver said staff would be able to use discretion, so perhaps people would be asked to stop throwing a ball or a frisbee at Sunset Point Park on a busy weekend when the park is crowded, but not on a quiet weekday when the park is nearly empty.

“The approach we have to take for bylaws is how do we equip bylaw officers … with the tools to draw a line when it needs to be drawn,” said Collver.

Saunderson said such discretion should be made clearer in the bylaw.

The other matter raised by the committee for further clarification was the rule surrounding barbecuing in town parks.

The draft bylaw proposes barbecues are banned as a rule, but outdoor cooking on town-owned and placed grills in designated areas would be allowed.

Collver said this would allow the town to better control the number of barbecues in parks, their locations for safety, and the disposal of coal in fire-safe receptacles.

“Our motivation for managing barbecues at all is purely around hazards,” said Collver.

Staff proposed a few locations at Sunset Point Park, but councillors asked whether barbecuing would be allowed at any other parks.

Collver said staff would look at options for allowing barbecuing at Millennium Park.

The parks use draft bylaw will be back at council later this month.

Martin told the committee the new bylaw, once finished and enacted, would be supported with education from parks staff (including four summer employees) and new signage to indicate park rules, locations of washrooms, and relevant contact information for the parks department.

Staff will also be removing garbage on a daily basis (previously it was done Mondays and Fridays), and the summer staff will run two shifts with one starting at 7 a.m. and the second shift starting in the afternoon. They will be patrolling parks, picking up garbage, and providing information to park users.

Bylaw enforcement staff will be on duty from 9 a.m. to 9 p.m.