Collingwood’s homeless ‘the most under served’: SCATEH project co-ordinator 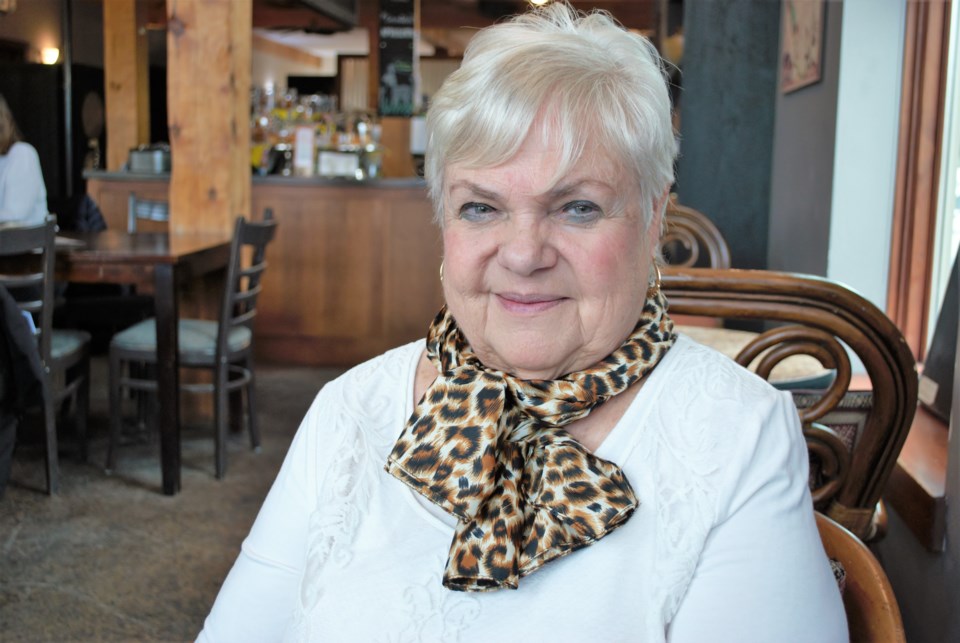 A local woman came back to her hometown of Collingwood in 1981, and continues to work to help the town’s most vulnerable find their own homes despite the short supply.

For this week’s edition of People of Collingwood we sat down with Gail Michalenko, Housing First project co-ordinator at the Simcoe County Alliance to End Homelessness (SCATEH) and recent recipient of the Order of Collingwood.

A: I was born and raised here. I went away to university and didn’t come back for about 14 years. I moved back in 1981 with my husband and small children, then. My youngest son was three years old when we moved back here.

Q: What did you study in university?

A: I got a Bachelor of Arts in sociology and psychology.

Q: What specifically brought you back?

A: The lifestyle. We lived in the city. My husband was able to get employment, so we made the move and never regretted it. There was so much more opportunity for the kids as they grew up to ski and do other activities that we didn’t have the time to get involved in before. We had been living in Newmarket and commuting to Toronto everyday. I was working for the Ministry of Housing.

It was really hectic.

We had a very much improved lifestyle, living here.

Q: You’ve been very active with a few different causes in town. Homelessness is one of them. What makes you interested in that cause specifically?

A: The plight of people who end up homeless.

There were people I saw whose lives were improved (through my job at the ministry). Some of them would come back and update me on where they were and thank me for the support I gave them.

The first job I ever had in Toronto was at a drop-in centre for people who were homeless. So, that became part of my roots and how I became interested in this field of work.

These people are the most vulnerable people in our community. Society is judged by how they treat their most vulnerable. It’s always been a passion of mine to improve the lives of these people.

Q: What other causes have you lent your time to in town?

A: I was chair of the Special Olympics for three years. I was also on the library board for four years.

Q: Are you working now?

A: Just a little bit, with SCATEH. I’m the Housing First project co-ordinator. I do training for front-line staff so they’re better able to deal with the chronically homeless.

Q: Due to your position with SCATEH you’re able to see the homelessness issue from a county-wide perspective, but also, living in Collingwood, you see the problem from a rural, small-town lens. Are there some differences with this issue that are unique to Collingwood?

At this point in time, Collingwood is the most under served because we don’t have an emergency shelter. We have limited support systems within our community, whereas in Barrie, for example, there’s multiple organizations where people can walk through the doors if they’re homeless and get supports.

We don’t have any of that.

I’m now on the Home Horizons board of directors and on a committee that’s looking at an Out of the Cold program (in Collingwood) because, particularly for youth, we have no emergency housing.

The only emergency housing here is through the Salvation Army who has a contract with the County of Simcoe to put people in hotels for very short stays. Youth are not allowed to access that.

That’s where the idea of an Out of the Cold program generated from, because this is a serious gap in services.

On top of that, there’s limited affordable housing (in Collingwood). Those most vulnerable have a much more difficult time finding housing. It’s actually limited the success of the Housing First program because even though they’re coming to a landlord with a case manager who is there supporting them and a rent subsidy, there just are no units.

It’s very difficult to find landlords. It’s actually a good program for landlords because, if the wheels fall off and can’t be fixed, that tenant will be moved. They won’t have to go through an eviction process. There’s also a case manager there to support that person to hopefully correct whatever’s been going on. They’ve also got the guarantee of the rent coming in because the rent goes direct to the landlord. There’s not much risk for the landlord to take in someone who is a Housing First client.

Q: You and Fiona Proctor of 211 Community Connections came before council last week to talk about this new Out of the Cold program for Collingwood. Can you tell me a little bit about that program?

A: We’re in a process of speaking with faith communities because most Out of the Cold programs have a high level of engagement with faith-based communities. The program relies heavily on volunteers, and just for the coldest time of the year from November to April.

It takes people who are at risk of dying, basically – it’s that dramatic – to take them out of the cold.

Diversion is a big part of the process for intake. (We ask them), where did you stay last night? If there are other options for them... is the first step.

If that doesn’t work, they stay the night and they’re usually given a dinner and breakfast in the morning, then they’re back on the streets all day. But, at least they had shelter for the night.

It’s not meant to be comfortable because the whole goal is... to get them into permanent housing again.

Q: If people want to help, who do they get in touch with to help?

A: People who are interested could phone 211 Community Connection and leave their name and contact information and we can personally notify them of meeting dates for planning.

Q: In January, you were given the Order of Collingwood. How did it feel to be recognized in that way?

A: It was an honour. It was a surprise... whatever I choose to do, I do because I feel like I can contribute something, not because I want any recognition. (laughs)

It was a surprise.

Q: What are your hopes for the future in regards to the homelessness issue?

A: It would be nice if we ended homelessness. (laughs) It’s probably not going to happen in the near future.

The Out of the Cold program is kind of like a band-aid with the (long-term) objective of having an emergency shelter within the next two years in Collingwood that will be able to accommodate youth, singles and families.

Our community is at the point where it’s needed. There isn’t any question about that.

People are living in tent cities.

We’re an affluent community. We shouldn’t have to have that.

The other vision I have is that we are able to develop some very basic housing that is suitable for people are our Housing First candidates. That’s different from the 117 affordable housing units on Second Street. People who are using Housing First, most of them... that would be almost too much for them.

That is basically small, studio apartments with cooking facilities, a washroom and a small sitting room, and that is really adequate for Housing First candidates.

We do have some property in mind in Collingwood. Again, it would take a few years.