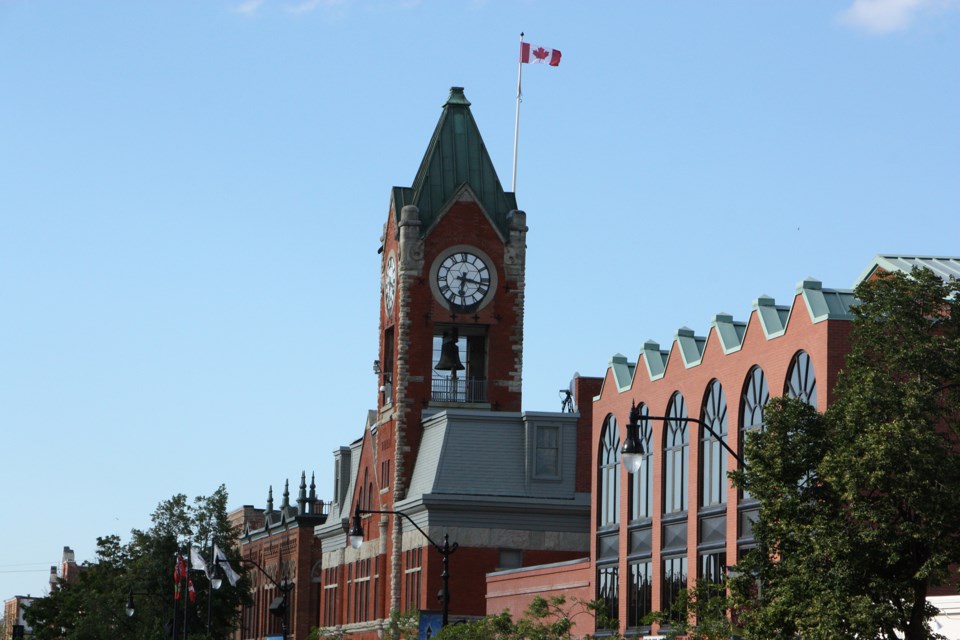 Town hall is bursting at the seams and it’s going to need to spill over somewhere.

That’s according to the accommodation review presented by consultants to the Strategic Initiatives Committee on Monday (July 9).

The review included suggestions for interim and long-term solutions to the space shortage.

“When the [town hall] was renovated in the 1980s, it was made to house 18 staff, three council member offices, and a bunch of meeting rooms,” said Wilson. “The building is currently housing 31 staff and has two meeting rooms. That doesn’t give you a lot of space to meet with the public, your constituents, in a complementary manner. It’s not functioning at its optimum relative to serving the public.”

The consultants suggested the town look for 600 to 800 square metres of space to lease in the downtown core within the next one to five years to accommodate interim moves during renovations at town hall and to alleviate crowded conditions and loss of meeting rooms.

In the long term, the consultants suggested one of two options: build a three-storey town hall annex in place of the business development centre or buy a 2,100 square metre existing building in the downtown core and use the existing town hall for council and some administrative functions.

The consultants also reviewed the town’s operations sites (public works, water, and parks) and suggested streamlining the town’s operations buildings by moving out of the Collus/Powerstream building on 53 Stewart Road and having water operations move in with public works at 545 Tenth Line, where they would need to expand the garage space and renovate the office space. Parks, recreation and culture operations would remain at the building at 507 Tenth Line. The consultants also suggested the town could purchase the Georgian Triangle Humane Society building for extra space for the water operations and public works department in the future.

“We concluded the town hall annex building was the lowest cost and the best value,” said Amoils.

According to the consultant presentation, the process to build a new annex building and accommodate a renovation in the current town hall would be about $10 million in capital costs and $1.2 million in lease costs.

The strategic committee received the report but made no decision on future action. Council will receive the report at this afternoon’s meeting.