There will be an Elvis event in Collingwood in 2020, but the town announced the private enterprise that originally signed on to run it will no longer be doing so, and it will move to the next company in the queue
0
Jan 27, 2020 12:22 PM By: Erika Engel 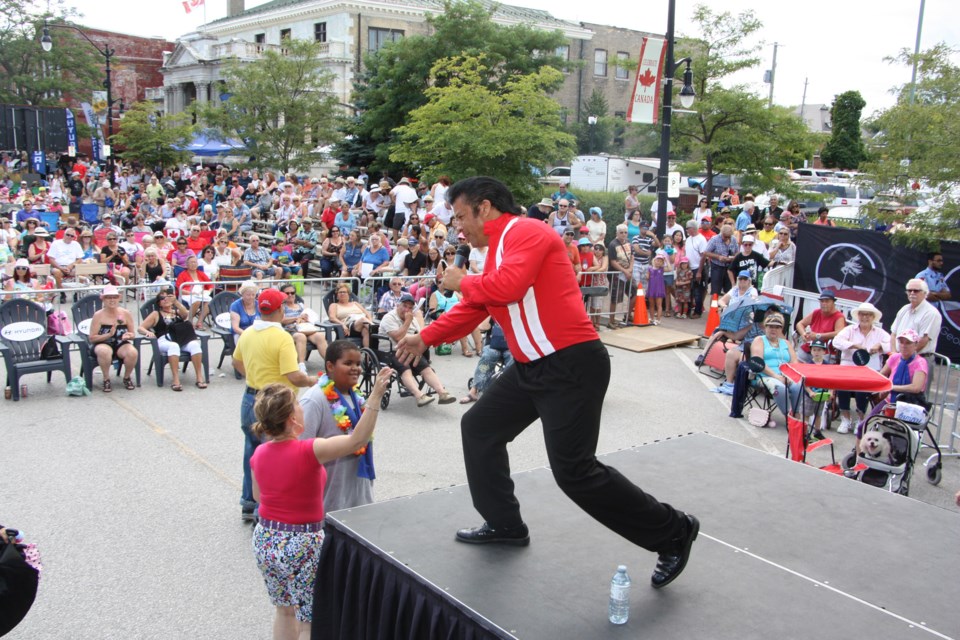 What's an Elvis Presley experience without a little handshake or kiss from the performer? Erika Engel/CollingwoodToday

The town has confirmed it is working with a new (second) private company for the special events permit process.

Last year the town received proposals from private companies to take over the Collingwood Elvis Festival, and began working with a proponent to plan for the 2020 festival.

However, the town announced today it has switched proponents and is now working with Jason Sherry Management for the permitting process for an Elvis event in 2020.

Last year, council voted to end municipal funding for the annual Collingwood Elvis Festival, which ran for 25 years, most of them as a town-run event.

The plan was for the festival to continue under the operation of a private enterprise, and the town would issue a special event permit for the festival organizers. The permit applications are received and reviewed on a first-come, first-served basis.

In April 2019, the town already had an unsolicited proposal from Gardhouse Enterprises Inc. to take over operation of the festival, and the town received two more proposals after the Gardhouse submission. The town did not release the names of the companies who submitted the other two proposals.

According to town staff, the applicant of a special event permit must meet conditions put forward by the clerk, the parks, recreation and culture department, the fire department, OPP, public works, and the BIA for events in the downtown district. The applicant in the special event permit process is typically asked for traffic management plans, security and emergency plans, noise control plans, and proof of insurance, according to the staff report.

Karen Cubitt, manager of culture and events told council in the spring, the town would also be asking to see proof of the licensing agreement with Elvis Presley Enterprises.

If the first applicant is unable to meet the conditions, staff will not issue a permit, and will move on to the next proposal in queue.

The fee for a special event permit for the Collingwood Elvis Festival would be $750, and the town would also receive revenue from the rental of town-owned facilities and property for the Elvis Festival should a successful applicant be issued a permit.

As of mid-January the town has been working with Jason Sherry Management for an event tentatively scheduled from July 23 to 26 and tentatively titled Collingwood Tribute Festival, states the town's website.

The town notice also states more information can be found at the proponent's website here. According to that website, TributeFestival.rocks is the company behind the new Collingwood Festival. The company's website states it was founded in Lake George, New York and has since produced over 60 festivals and hundreds of concerts.

Elvis fans are skeptical about private management of Collingwood's Elvis Festival
Apr 2, 2019 9:36 AM
Comments
We welcome your feedback and encourage you to share your thoughts. We ask that you be respectful of others and their points of view, refrain from personal attacks and stay on topic. To learn about our commenting policies and how we moderate, please read our Community Guidelines.