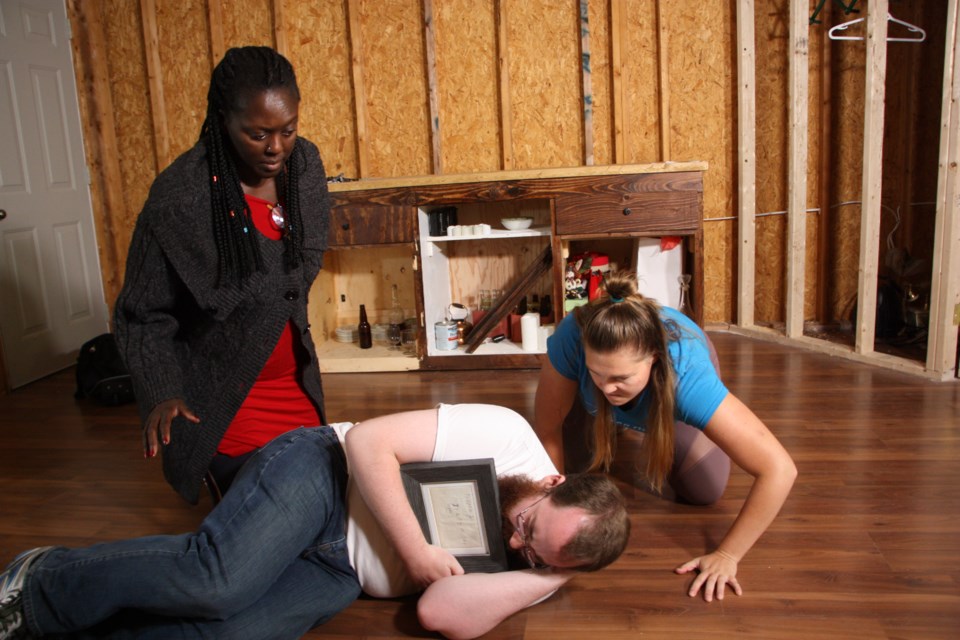 The next creation by Collingwood’s indie theatre company is a study in the relationship between memory and emotion.

Quarter Century Theatre has created its second “collected stories” production, this time the collaboration centres around memories and the shared emotions those memories invoke.

Rochelle Reynolds, the founder of Quarter Century Theatre, has teamed up with drew Murdoch and Gwyn Beaver for Collected Stories of Hearts and Minds.

The three have put their own memories on the line for this show, which combines a little of every discipline - music, poetry, acting, and movement.

The play features the three collaborators as themselves, and they’ve all been put in a place but the mystery they must solve is why and how do they get out?

“We got everybody to put in their own memories,” said Murdoch, the creative director for the show. “It’s a very personal show.”

Murdoch said the show explores how the emotions associated with certain memories can change over time.

“The best moment of your life doesn’t always need to be the best,” said Murdoch.

For example, Murdoch said his memories of his grandmother while she was alive made him happy. He enjoyed taking trips to Eastern Canada with her or visiting Scanlon Creek in Bradford where he grew up.

“Now that she has died, those same memories are dark and sad,” said Murdoch. “I changed and the situation changed and so the memory has changed.”

He said the show is also about the importance of being able to feel all kinds of emotions, not just those that are deemed acceptable.

“I have emotions and I need to let myself be sad,” he said. “I’m not feeling anger, but sorrow and grief.”

He said that’s not always accepted from a man, suggesting the societal norm is for men to be angry, and then get over it, not to struggle with sadness.

For Reynolds, she said things like anger and rage are less accepted from women, but that shouldn’t be the case.

“I very much subscribe to the British stiff upper lip philosophy,” said Reynolds. “It’s the idea that it doesn't matter how you feel, but it matters how you deal with it … which is important, but it shouldn’t mean as we go through something we should have to deny our feelings.”

For Beaver, the memory she’s included in the Collected Stories piece is of her childhood in “organized religion” in the southern United States.

She said those once happy and comfortable memories are different now that she is an adult and no longer has a relationship with organized religion. Instead, she sees it as something that was built on fear.

For Murdoch, the memories of each of the players and the audience might be different, but the connection is in the emotions those memories evoke.

“The base memories of fear, doubt, appeasing are kind of universal,” said Murdoch, adding the relationship between memories and emotion is an inseparable one. “It’s like a knot.”

For Reynolds, one of the challenges has been to use true subject matter - their memories - and make sure it looks good and sounds good on stage.

“We want to make sure it’s a good show while holding onto the vulnerability and honesty of the stories,” said Reynolds.

Collected Stories of Hearts and Minds runs Sept. 22 and 23 at Simcoe Street Theatre at 7 p.m.

Tickets are $25 in advance and available online here. There will also be tickets available for sale at the door for $40.

Theatre company hopes to grow indie scene in Collingwood
Apr 27, 2018 1:00 PM
Comments
We welcome your feedback and encourage you to share your thoughts on this story. We ask that you be respectful of others and their points of view, refrain from personal attacks and stay on topic. To learn about our commenting policies and how we moderate, please read our Community Guidelines.