The hockey team still hopes to return to gameplay next month, and is working with the health unit on what options are safest
Oct 16, 2020 1:44 PM By: Erika Engel 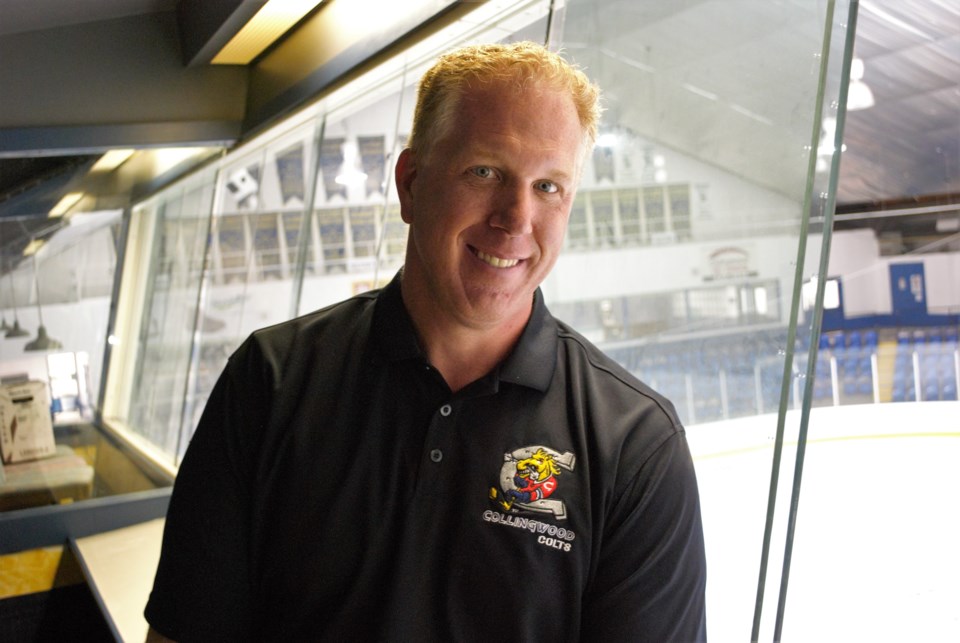 The Collingwood Blues junior hockey team is not putting all its hopes of a return to gameplay in a single bubble.

Last month the team’s ownership pitched a “bubble” tournament concept to Collingwood’s council to gather early support for the idea before vetting it through the region’s health unit.

“The cost and logistics are overwhelming,” said Steele of the original bubble tournament proposal.

Among the plans he said have been submitted to the Simcoe Muskoka District Health Unit is an idea to have the Blues play just one other team in an exhibition that could take place over two days.

Steele said he’s been in touch with the Lindsay Muskies and hopes to arrange some exhibition games between the Muskies and the Blues in early November.

“This makes it more of a two-team cohort for activities,” said Steele. “We’re looking to choose our dance partners from communities with numbers similar to Collingwood.”

The Ontario Hockey Federation has created return-to-play policies for hockey teams in the province, and they follow the provincial rule prohibiting contact, so the Blues games won’t include checking.

Steele said once the Blues return to the ice, he’ll be looking to the town and province to provide the rules for how many spectators are allowed to attend games. The 86 Founders’ Club members who have already purchased their memberships will get first dibs on tickets up for sale.

“We’ve done our work and we’re waiting now for the town and health unit,” said Steele.

Mel Milanovic, director of parks, recreation and culture for Collingwood said the town will review the Blues’ plans once the health unit has finished its review and provided comments and recommendations.

The Eddie Bush Memorial Arena doesn’t currently have ice, but Milanovic said staff are working on installing it. The refrigeration plant was started Oct. 15 and he said it takes about three weeks to complete the full ice installation process.

“Our decision to install ice at the Eddie Bush Memorial Arena is to serve the community, and yes, the Collingwood Blues would be one of the beneficiaries along with our other users,” said Milanovic in an email to CollingwoodToday.