Blumination is a one-kilometre walk through one million lights in interactive and innovative displays
Oct 31, 2019 9:30 AM By: Erika Engel 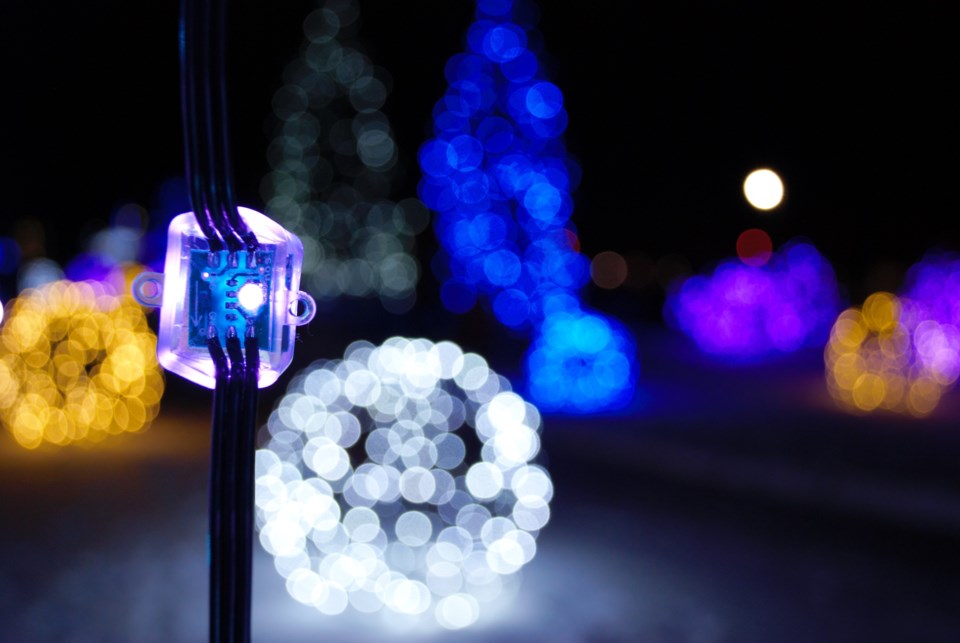 The interactive light display at Blue Mountain Village last Christmas season is officially the tourism event of the year.

Blumination won the Ontario Tourism Association event of the year award at a gala hosted on home turf last night.

The Blumination Dream Trail is a one-kilometre path lined with interactive and innovative light displays. The trail was, in part, created by Smash Reality, a tech company based in Collingwood, who worked on making the lights react to touch, sound, and movement.

There were one million lights used in the display, which was open for five weeks, and admission was free.

"By bringing together dynamic light installations with inventive technology, this event created a playful and heartwarming winter wonderland like no other in Ontario," stated a press release from the Ontario Tourism Association.

According to the press release, Blue Mountains had approximately 12,000 visitors per week for the Blumination Dream Trail, and the extra traffic drove up commercial sales by 18 per cent for December.

The gala wrapped up an Ontario Tourism Summit hosted by the Tourism Association of Ontario, all of which took place at Blue Mountain Village.

Blumination Dream Trail will be back this year for the holiday season.