Weeping Willow Tree Great Lakes Charity has collected 36 bags of garbage on Collingwood’s shorelines and trails since starting up in March
Apr 8, 2021 9:48 AM By: Jessica Owen 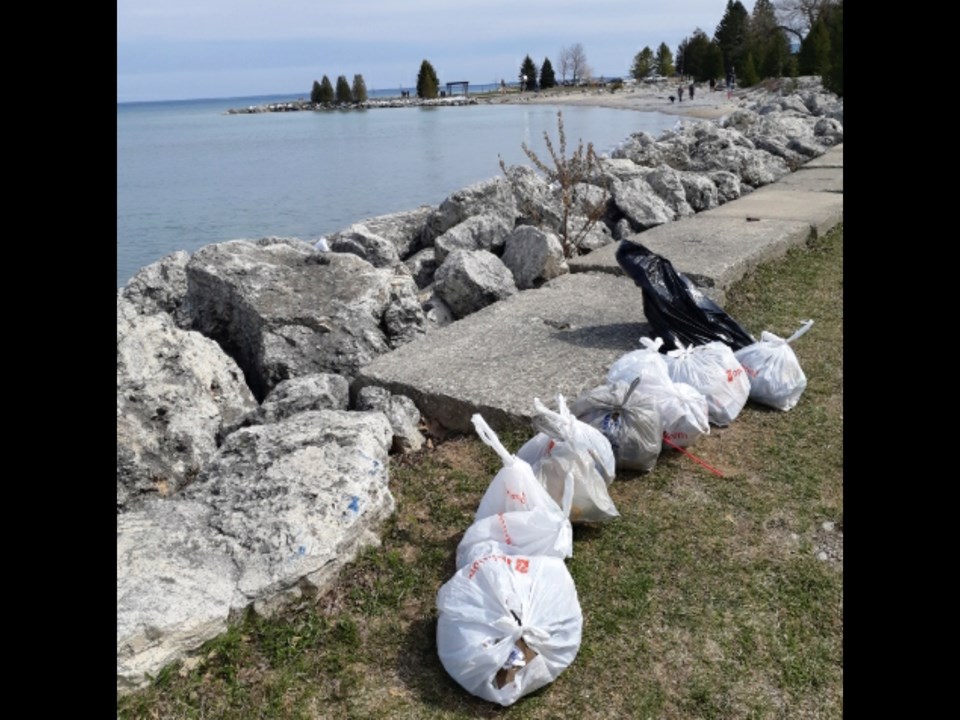 About 15 bags of garbage (not all pictured) were collected at Sunset Point on Saturday as part of the first community clean up event this season planned by Weeping Willow Tree Great Lakes charity.Contributed image

“Yes, (we) will cancel. I wouldn’t want to go against the law,” organizer Kayla Tanzos told CollingwoodToday.ca on Wednesday night. “We will continue in May or when the order is lifted.”

On Wednesday afternoon, the provincial government announced a stay-at-home order that will last for four weeks, effective Apr. 8 at 12:01 a.m.

Weeping Willow Tree Great Lakes Charity was founded in July 2019 by executive director Tanzos. She sought to help clean up the shorelines in Collingwood and Georgian Bay, but also organizes cleanups along Collingwood’s trails.

“Before COVID, it was really bad. We were doing clean-ups almost every other day. After spring there’s always lot of garbage. We were lucky this year to be able to start in March,” she said.

For the few short weeks the clean up ran, 36 bags of garbage were collected by the group along Collingwood’s shorelines and trails.

Tanzos said the cleanups have been limited to Collingwood spots so far, but will be expanding to Wasaga Beach, Craigleith and Thornbury spots in the coming months.