'I truly believe that volunteerism is the rent that we pay for the place we occupy on earth,' says Marg Scheben-Edey
Jul 21, 2021 7:00 PM By: Maddie Johnson 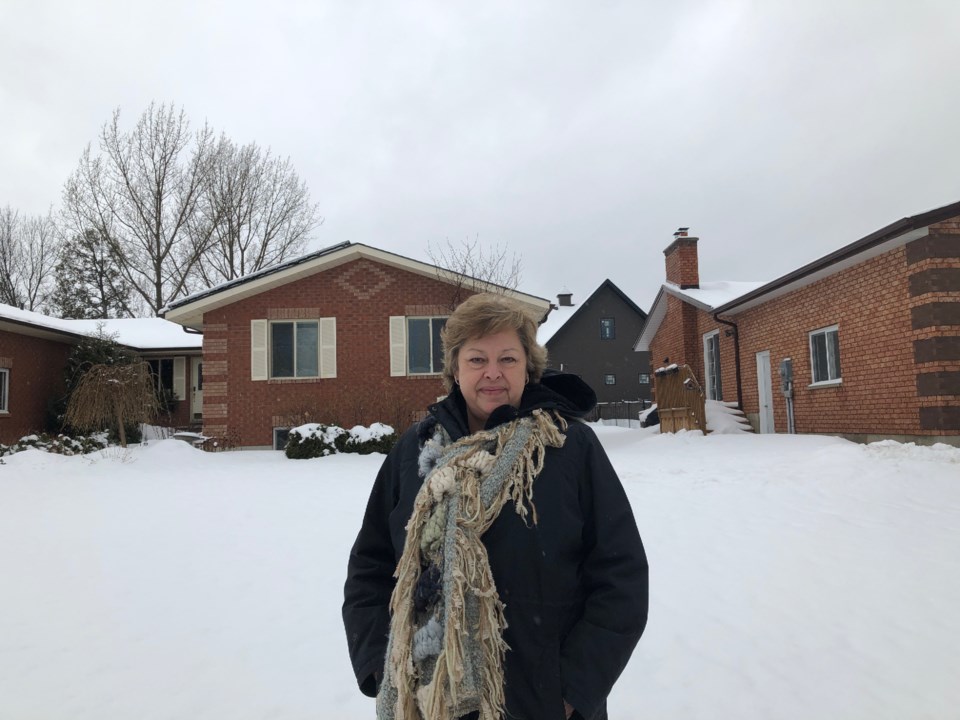 Marg Scheben-Edey is pictured in front of her home in 2019. Erika Engel/CollingwoodToday

Marg Scheben-Edey has been doing her part to combat the housing crisis in Collingwood for over three decades now.

From helping launch Out of the Cold (OOTC) — a temporary overnight emergency shelter — to sitting on four different committees related to housing, Scheben-Edey is committed to changing the conversation around the housing crisis in Collingwood. Guided by the Simcoe County Alliance to End Homelessness, OOTC is now under the direction of the Busby Centre and Community Connection in Barrie, so Scheben-Edey has shifted her activities into advocacy around affordable housing as a whole.

“The frustrating thing is that there are no instant solutions,” said Scheben-Edey. “So we are advocating for policy change first and foremost.”

But it’s more than just housing. Scheben-Edey has been fighting for social justice her whole life — taking on her very first volunteer role at just 13-years-old. Both her parents were activists, and since moving to Collingwood, she has gotten involved with numerous agencies, including Breaking Down Barriers and My Friend’s House, among others.

“I am passionate about Collingwood and the region. Passionate. And all of my volunteer activities in the past, of which there have been many, have been around how to make our community better for everyone,” said Scheben-Edey.

She has also been a realtor for more than 30 years in South Georgian Bay, which has given her unique insight into the real estate market, and into community planning systems.

“I see over and over again the consequences of people not having stable housing,” Scheben-Edey added. “It’s all tied. And in my opinion, housing is probably the single most important component of that.”

As home prices continue to rise, the ability to afford a house has become unattainable to many. Rental stock has also become scarce, and apartments that are available have increased in price immensely.

And the pandemic has both accelerated and highlighted this issue.

However, while supply and demand is one reason for the high cost of homes in Collingwood, Scheben-Edey said the root cause isn’t just a local problem.

“I do think there is an awareness of the issue, although I am not sure that there is a good understanding of the causes of those issues. And what can be done and has to be done to change that,” Scheben-Edey said.

In 1999/2000, Scheben-Edey chaired the Vision 2020 Committee which warned of a coming crisis in affordable housing, but, she said, it “fell on deaf ears.”

Scheben-Edey said she recently returned to the report — specifically the chapter on housing — to read the many recommendations that were made at the time. She said all of them were ignored, and everything they predicted has come true.

The Simcoe County Alliance to End Homelessness, of which Scheben-Edey is the chair, has struck a regional housing sub-committee and charged the group with the task of looking at housing problems and solutions with a regional lens.

The committee's work is currently focused on research, including surveys and data collection, to help reveal the real issues both on local and regional levels. Along with gathering information to make informed recommendations, Scheben-Edey is encouraging education in the community.

“My concern is that publicly, we are not having the right conversations,” said Scheben-Edey. “People are very frustrated and they tend to put the blame on local councils, that’s what I see on social media. And they blame developers.”

A full report with recommendations will be presented to council in October or November, but in the meantime, Scheben-Edey said the majority of people seem interested and willing to listen and learn.

Recently, the Affordable Housing Task Force lobbied the Town of Collingwood to develop a by-law to establish a community improvement plan (CIP). The Town of Blue Mountains currently has one, and council unanimously agreed to start the process for Collingwood.

“It’s a slow process, but at least the process has begun,” said Scheben-Edey. “Lots of meetings, lots of learning and lots of sharing and hopes of being able to make a difference.”

Scheben-Edey spends most of her days in and out of Zoom meetings for the numerous committees. She said she misses the body language and cues you get from people’s emotional connection to the issue in person, but believes Zoom is more efficient and allows for more work to get done.

For the past 50 years, volunteering has played a part of her every day, and she said it will continue to for 50 more.

“I truly believe that volunteerism is the rent that we pay for the place we occupy on earth, and that drives me,” said Scheben-Edey. “That drives me big time.”

Choosing the high road: advocate vows to be a voice against bullying in Collingwood
May 19, 2021 7:00 PM