There are no late fines for library items right now

Among other changes made due to COVID, Collingwood's library board has postponed its work to update the strategic plan
Jun 30, 2020 11:21 AM By: Erika Engel 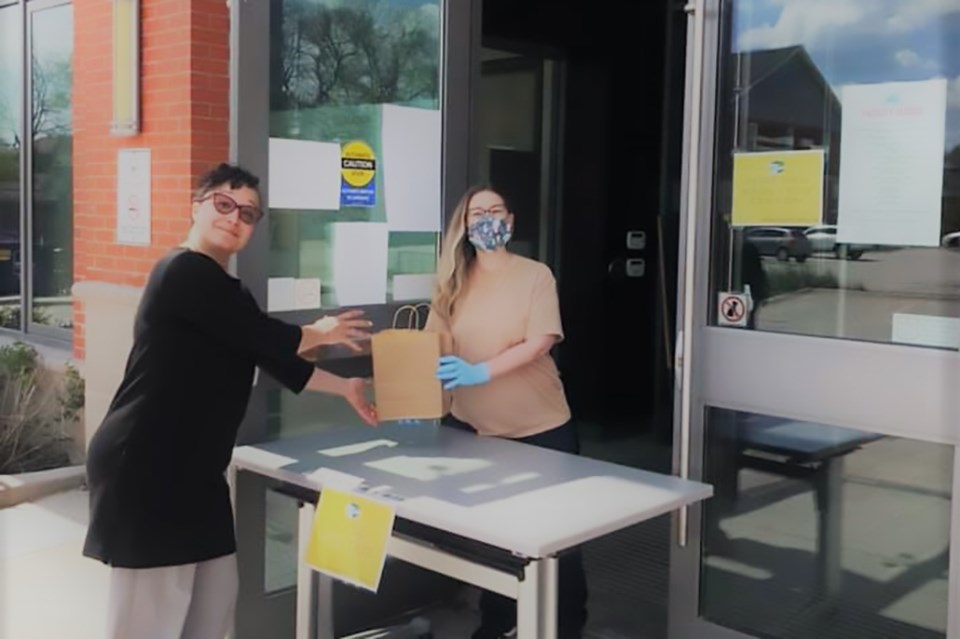 Collingwood Public Library staff have been offering curbside pickup for borrowed items since the end of May. Contributed photo

One of the most common questions – and worries – directed to Collingwood Public Library staff right now is: 'do I owe any fines?'

The answer, no matter how long the book or item has been out, is no.

"We've been getting hundreds of people a day," he said. "We've heard nothing but good comments except for people worried about fines."

The Collingwood Public Library has waived late fines during the pandemic.

"The intention was to waive them for this year," said Haigh. "It's really difficult to collect them, but it was also our recognition of how difficult it is to get things back on time."

People had items they had borrowed before COVID and were unable to return. Additionally, under the new curbside system, all items returned get quarantined for three days before library staff check them in. Even if they were returned on time, they'd be checked in late due to pandemic protocols.

"We didn't want people to worry about having to pay fines," said Haigh. "It's not the important thing. The more important thing is that people are using the library as best they can."

The library launched curbside pickup at the end of May. Patrons must call-in or email their order and staff will arrange a pickup time. Pickups are done outdoors and are contactless.

"We're trying to make things as easy as possible. It's nice to see people's face again," said Haigh. "It's hard to run a library completely online. We've gotten pretty good at it, but that's not really the way it should be done, I don't think."

Also in May, the Collingwood Public Library Board voted to postpone its 2020 update for the library's strategic plan. The new plan was supposed to update the plans, goals, and objectives of the library, and would include a public input process.

"We've put it on hold until we can do some public engagement," said Haigh. "We planned on having focus groups, and this [vote] is recognition that until we're able to do that sort of work, we really didn't want to proceed making changes or implementing a new strategic plan."

Haigh said he and the board want to get into the community and hear what they have to say when it comes to the strategies and vision for library programming and services.

"In light of the circumstances, we just didn't see how it was possible," said Haigh.

The library does have an existing strategic plan, which was released in 2016, and the board agreed the library would continue to follow the existing plan until it can resume work on the new one.

You can read the existing strategic plan online here.

118 new COVID cases confirmed in Ontario today
Jul 8, 2020 10:48 AM
Comments
We welcome your feedback and encourage you to share your thoughts. We ask that you be respectful of others and their points of view, refrain from personal attacks and stay on topic. To learn about our commenting policies and how we moderate, please read our Community Guidelines.