Travel, hospital capacity some of the reasons he gave for ski hills being closed
Jan 8, 2021 12:30 PM By: Maija Hoggett and Erika Engel 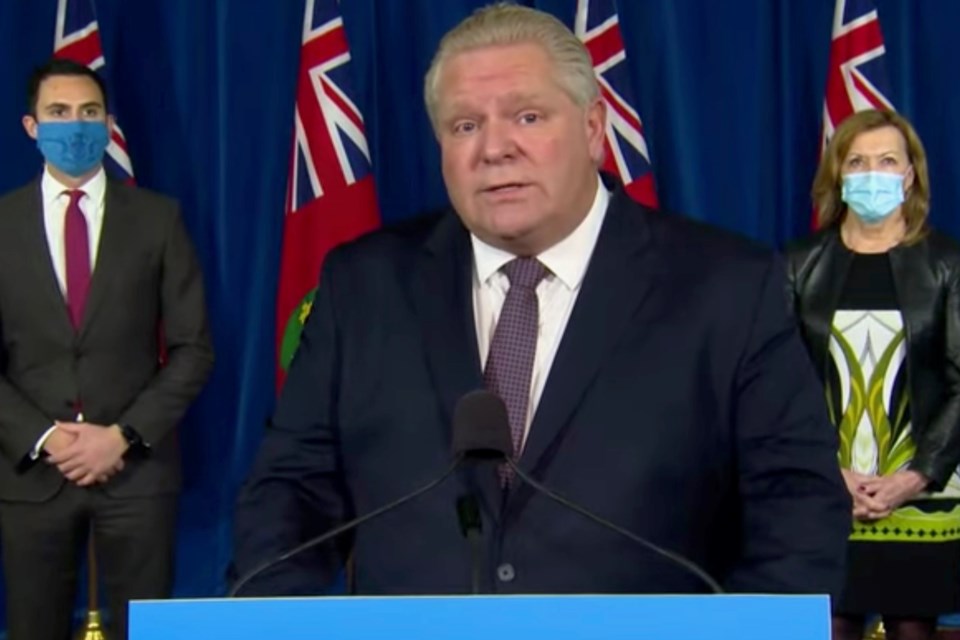 Avoiding non-essential travel and hospital capacity are some of the reasons Premier Doug Ford gave for ski hills being closed during the provincial shutdown.

While some ski hills had already opened for the season last month, when the province-wide shutdown took effect Dec. 26 they were closed.

Until now, the provincial government hasn't said explicitly why it required ski hills to close, but allowed other outdoor activities such as cross-country skiing and outdoor skating. Though the industry has been asking.

In a news conference today, Ford was asked about reopening slopes during the lockdown.

He said there are skiers and snowboarders from hot zones that would travel and "go stay in a hotel, have some meals and so on, so forth. We need to avoid travelling."

Right now, the Premier said people have to "hunker down."

"When you see the modelling, it’s gonna be a real wake-up call and as Dr. (Barbara) Yaffe said, they’re actually scary numbers. This is crunch time right now and honestly, the last thing that’s on my mind right now are the ski hills,” he said.

He said he understands the sport is great for mental health.

“I agree mental health’s an issue, but health overall is so important right now and not to overload the system,” he said.

In Collingwood, the General and Marine Hospital is seeing about 96 emergency room patients in a day (Jan. 4) compared to about 125 this time last year.

The hospital said it is operating at 114 per cent capacity and is under pressure from the province to create an additional 15 per cent capacity should it be required for patient transfers from other regions or hospitals.

Dr. Charles Gardner, medical officer of health for Simcoe Muskoka District Health Unit, said the indoor aspects of downhill skiing were concerning to him, and he compared indoor areas at ski hills to indoor shopping, which has mostly been limited to curbside pickup during the province-wide shut down.

“I’m also concerned about the migration of people from one area to another. At this point in time, we need to stay home,” said Gardner. “Businesses and industries that draw people distances are going to be working counter to that need.”