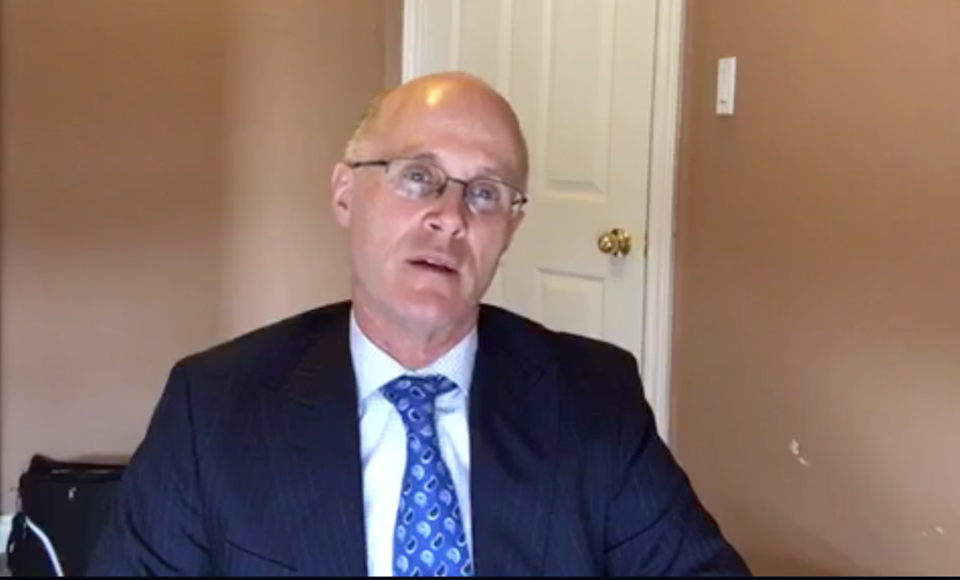 Dr. Charles Gardner delivers an update to the media on May 15 from his home office. Screenshot

A second round of tests done on three residents at Collingwood Nursing Home who previously tested positive for COVID-19 came back negative.

However, the region's chief medical officer isn't ready to give the all-clear for those patients.

On May 14, Simcoe Muskoka District Health Unit announced three residents at Collingwood Nursing Home tested positive for COVID-19. All three women, one in her 80s, one in her 90s, and one in her 100s, were tested without symptoms through the universal testing initiative mandated by the province for all residents and staff at long-term care facilities.

Since then, Dr. Charles Gardner, medical officer of health for Simcoe Muskoka, said one of the women was experiencing respiratory symptoms.

Gardner said today, he learned the women suffers from seasonal allergies, which could be the cause of the respiratory symptoms.

Though each of the women have now also had a negative COVID-19 test result, Gardner said he is leaving the home in "outbreak status."

"I need to follow up with my staff," said Gardner.

On May 1, Gardner declared an outbreak at Allandale Station Retirement Residence in Barrie after one resident tested positive. On May 12, Gardner announced the resident had two tests after the positive result, both of which were negative. He concluded, in consultation with health unit staff, the first result was a false positive and the resident never had COVID-19.

Gardner said he'll speak with his staff about test results and whether or not further testing is required in the cases of the three women at Collingwood Nursing Home before determining whether the three original results were false positives.

Collingwood mortgage broker giving away groceries to those in need
Jun 6, 2020 9:00 AM

Collingwood Nursing Home on solid ground after being 'turned upside down'
Jun 5, 2020 6:45 PM
Comments
We welcome your feedback and encourage you to share your thoughts. We ask that you be respectful of others and their points of view, refrain from personal attacks and stay on topic. To learn about our commenting policies and how we moderate, please read our Community Guidelines.