Local companies Redline Brewhouse, Molded Precision Components and Georgian College students have all jumped on board to modify their operations to make PPE for local front-line workers
0
May 2, 2020 5:00 PM By: Jessica Owen 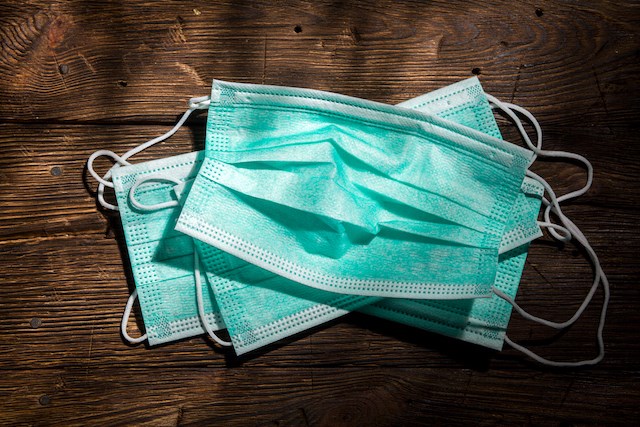 Waiting is the hardest part.

The federal government has said it is working tirelessly to procure as much personal protective equipment (PPE) as efficiently as possible to make available to front-line workers, but a month and a half after COVID-19 invaded local communities and the public consciousness, health-care workers are wondering when the promised equipment will make it to hospitals.

“What I'm trying to do... is make sure we have an efficient system. It’s a very collaborative table,” said federal Minister of Public Services and Procurement Anita Anand in an interview this week with Village Media.

Currently, the federal government is procuring PPE in bulk both domestically and internationally. Once received, it is then given to each provincial government to distribute within their province as they see fit.

“Once it is received, it is taken to the public health agency’s warehouses and is distributed to the provinces after it has been inspected and cleared by public health,” she said. “Provinces are also procuring PPE. There are a number of organizations and governments that are in the market for PPE.”

Anand says the federal government is taking a proactive approach both at home and abroad.

“We are aggressively procuring in the global marketplace to secure life-saving equipment and supplies that Canada needs, recognizing the risks posed by fragile supply chains, the fluidity of the current situation and a surge in global demand for PPE,” she said.

“Canadian businesses from all across the country have truly stepped up to help meet our needs. This has resulted in new contracts for face shields, hand sanitizer, gowns, masks and test kits all from Canadian companies,” said Anand.

According to Anand, Fluid Energy Group in Alberta is producing more than one million litres of hand sanitizer a month, with shipments starting about two weeks ago across Canada. Stanfield’s Ltd. in Nova Scotia has committed to providing the country with 100,000 medical gowns per week, with deliveries starting soon. In Ontario, InkSmith in Kitchener will be producing about 10 million face shields starting next week.

“We have contracts in place for reagent (the chemical used for testing), face shields, hand sanitizer, gowns and ventilators that are now starting to be produced in Canada. So, we’re making domestic progress as well as international progress,” said Anand.

What is unclear is whether the supply chain is moving fast enough.

The Canadian Medical Association surveyed nearly 2,500 doctors across Canada recently. The survey found 42 per cent had seen no change in the supply of gear such as masks and face shields in the last month, while 29 per cent felt the supply is now worse.

On the flip side, 22 per cent say there's been some improvement to the PPE supply, but only six per cent say it's been a significant change. To read about other findings of the survey, click here.

Dr. Chris Tebbutt, vice president of academic and medical affairs at Royal Victoria Regional Health Centre (RVH) says that currently, RVH’s supply of PPE is stable but could change at any time.

“With our current utilization rates, we have enough PPE for about 30 days. We continue to monitor and conserve N95 and surgical/procedural masks because our use fluctuates on a daily basis,” he said. “At the moment, our bed occupancy is lower, and we are not performing most non-urgent surgeries or procedures so we are using fewer masks.”

Tibbutt says the hospital continues to conserve masks in preparation for increased volumes down the road. He said the hospital is working with suppliers to ensure other PPE items are available to the hospital when they are needed.

“This is, of course, a large community effort, and we must remain cognizant of the needs of our community partners also as it pertains to PPE supply,” he said.

- with files from The Canadian Press

Local distillers shift gears from spirits to sanitizers
Mar 31, 2020 8:06 AM
Comments
We welcome your feedback and encourage you to share your thoughts. We ask that you be respectful of others and their points of view, refrain from personal attacks and stay on topic. To learn about our commenting policies and how we moderate, please read our Community Guidelines.