As of Friday, County of Simcoe had not yet submitted a plan to the province for how many child-care spaces are needed locally
0
Mar 27, 2020 7:00 PM By: Jessica Owen 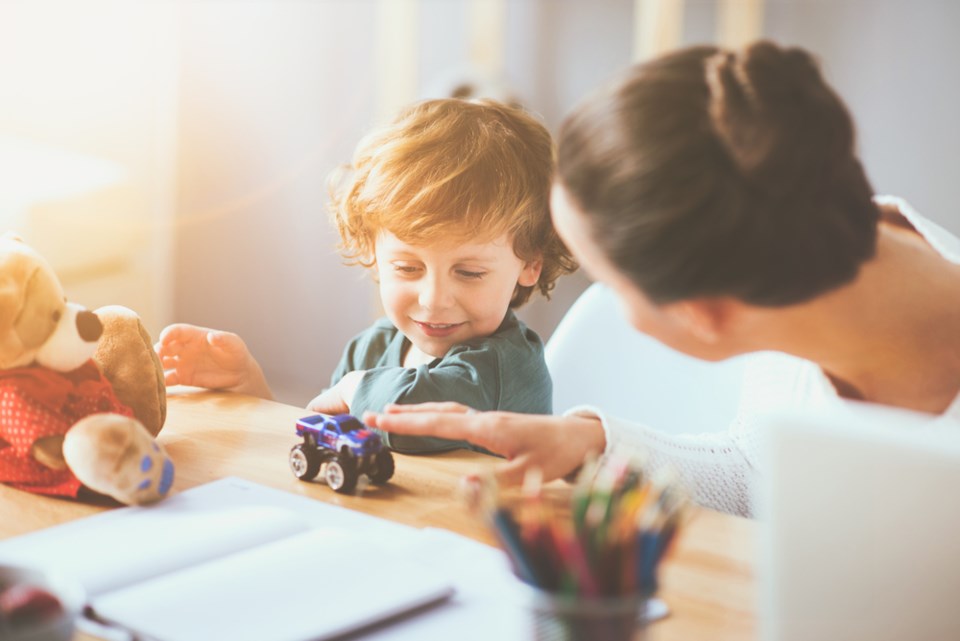 Front-line workers have a lot on their minds right now, without having to worry about who will be watching their children while they’re out providing care.

On Wednesday, Finance Minister Rod Phillips announced and passed Ontario's Action Plan: Responding to COVID-19, which is the provincial government’s economic and fiscal update. The plan proposed $17 billion in spending in response to the COVID-19 pandemic.

As part of that package, there were two highlights that related specifically to child care across the province: free child care for front-line workers and a one-time bonus of between $200 and $250 per child for parents to help pay for materials to entertain their kids at home.

“This was in response for those front-line workers that have to be out there working ... we had to help those people,” said Associate Minister of Children and Women’s Issues and Simcoe North MPP Jill Dunlop in an interview with BarrieToday.

When province declared a state of emergency on March 17, licensed child-care centres were closed as part of that order.

As of Friday, child-care centres province-wide are still closed.

According to Alexandra Adamo, press secretary for Minister of Education Stephen Lecce, each municipality must now submit a plan to the province outlining how many child-care spaces they need to accommodate the children of local front-line workers along with which child-care centres would be most advantageous to open based on proximity to where front-line workers are located, such as near hospitals or police stations.

Once the plans are submitted, Adamo said the province will work as quickly as possible to approve the plan and open the spots, which will be 100 per cent funded by the province.

“(The timeline will be determined) on a municipality-by-municipality basis,” said Adamo. “It depends on how fast municipalities get their plans submitted to us for approval. Some municipalities have moved quicker than others. For example, Toronto submitted their plan and it was approved, so their sites are opening on March 30.”

As of Friday morning, the province said they had not yet received a plan from the County of Simcoe, which is listed by the province as the system service manager overseeing all of the county, including Barrie and Orillia.

“County staff have been in conversation with licensed child-care operators and to-date have received limited expressions of interest,” said Jan Janssen, director of children and community services with the County of Simcoe.

Janssen said a survey was developed and issued across the county to larger organizations with employees working in the identified sectors.

“The response to this survey has overwhelmingly reflected high levels of need,” said Janssen. “Given this, a ranking scale will be implemented to help ensure that actual front-line workers are given priority access.”

Janssen said the county was expecting to send their plan to the province on Friday.

In order to pay for the care, Adamo said funding will be assessed for each plan, especially with front-line workers not necessarily working a regular Monday to Friday, 9-5.

“Every centre will receive their regular ministry funding,” said Adamo. “If they require more money, we will address that on a case-by-case basis.”

The centres will be required to follow existing health and safety requirements, and will have a plan in place should any staff, parents, or children contract or become exposed to COVID-19.

These protocols must also be approved by the local public health unit and be outlined in the plan submitted to the province. The centres will remain open as long as required.

Also, no child-care site will be allowed to exceed 50 people as per province’s declaration of emergency.

“It won’t be a child-care free-for-all. It will be specific centres,” said Adamo. “Due to heightened protocols for cleaning, it doesn’t make sense to just open all child-care centres.”

As part of the fiscal update, the province also announced a one-time payment of $200 per child up to 12 years of age, and $250 for those with special needs, including children enrolled in private schools to help families pay for the extra costs associated with school and daycare closures during the COVID-19 outbreak.

“It’s for helping to keep children engaged during this time while they’re at home,” said Dunlop. “Educational apps, movies, educational crafts and workbooks... it’s for these types of things they may be using at home during that time.”

“It’s there to help families, especially now that parks are closing down. Anything we can do to help support keeping kids and families at home is important,” she added.

On Wednesday, the provincial government announced and passed their economic and fiscal update which will see $17 billion in spending in response to the COVID-19 pandemic.

The $17 billion is split between three types of support: $3.7 billion for people and jobs, $3.3 billion for health care, and $10 billion to improve cash flow through tax and other deferrals.

To read our story on the original announcement, click here.

Local paramedics adapt to serve the vulnerable amid pandemic
May 30, 2020 12:30 PM
Comments
We welcome your feedback and encourage you to share your thoughts. We ask that you be respectful of others and their points of view, refrain from personal attacks and stay on topic. To learn about our commenting policies and how we moderate, please read our Community Guidelines.