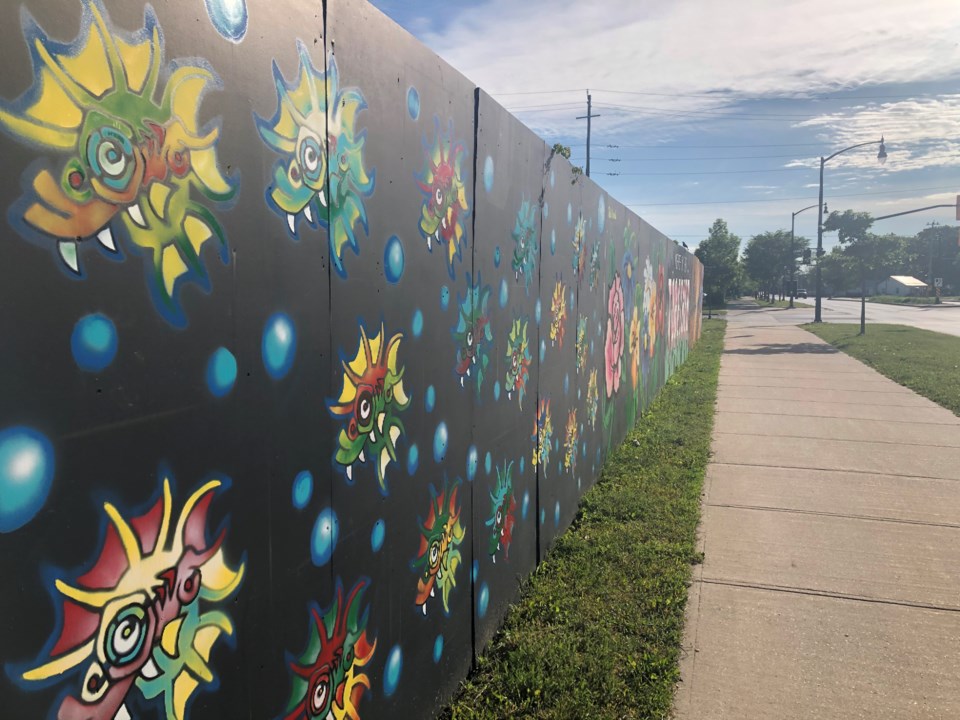 A temporary mural commissioned by the town displays the work of five artists. Erika Engel/CollingwoodToday

Collingwood is the only municipality in Simcoe County with zero reported COVID-19 cases in June or July.

The last case confirmed in a Collingwood resident was reported by the Simcoe Muskoka District Health Unit on May 19. Collingwood has had 15 confirmed cases and all have been reported as recovered.

In Wasaga Beach, the last case was reported on June 19. Fourteen Wasaga cases have been reported recovered and one person has died.

In Clearview Township, the last case was reported on June 15, and seven of eight cases have recovered. One person has died.

The province extended its emergency orders to at least July 22, which includes restrictions on gatherings and businesses.

Simcoe Muskoka District Health Unit issued orders to all businesses and organizations in the region to require them to implement mandatory mask protocols for staff and employees in all indoor spaces open to the public. The order comes into effect on July 13, and stands as long as the province's state of emergency is in place.

Currently, the provincial government has extended its state of emergency to July 15. It's possible it could be extended, by vote, further.

Collingwood council supported a plan to increase staffing at Sunset Point Park and to continue to operate a residents-only parking lot, which was tested on Sunday, July 6. The plan also recommends blocking street parking one nearby residential streets and increased bylaw enforcement for Millennium Park. The publish washrooms at Sunset Point will also be open until 9 p.m. (instead of 6 p.m.) seven days a week.

The Blue Mountains is also struggling with an influx of visitors to its waterfront parks and beaches. The town will implement a paid parking system for its larger beaches by August, and plan to increase bylaw enforcement at the beaches on weekends.

Health unit issues orders: mandatory masks in Simcoe and Muskoka
Jul 7, 2020 1:58 PM
Comments
We welcome your feedback and encourage you to share your thoughts. We ask that you be respectful of others and their points of view, refrain from personal attacks and stay on topic. To learn about our commenting policies and how we moderate, please read our Community Guidelines.