The Curly Willow owners say they 'needed to do more' to protect their employees and customers
Nov 20, 2020 7:04 PM By: Erika Engel 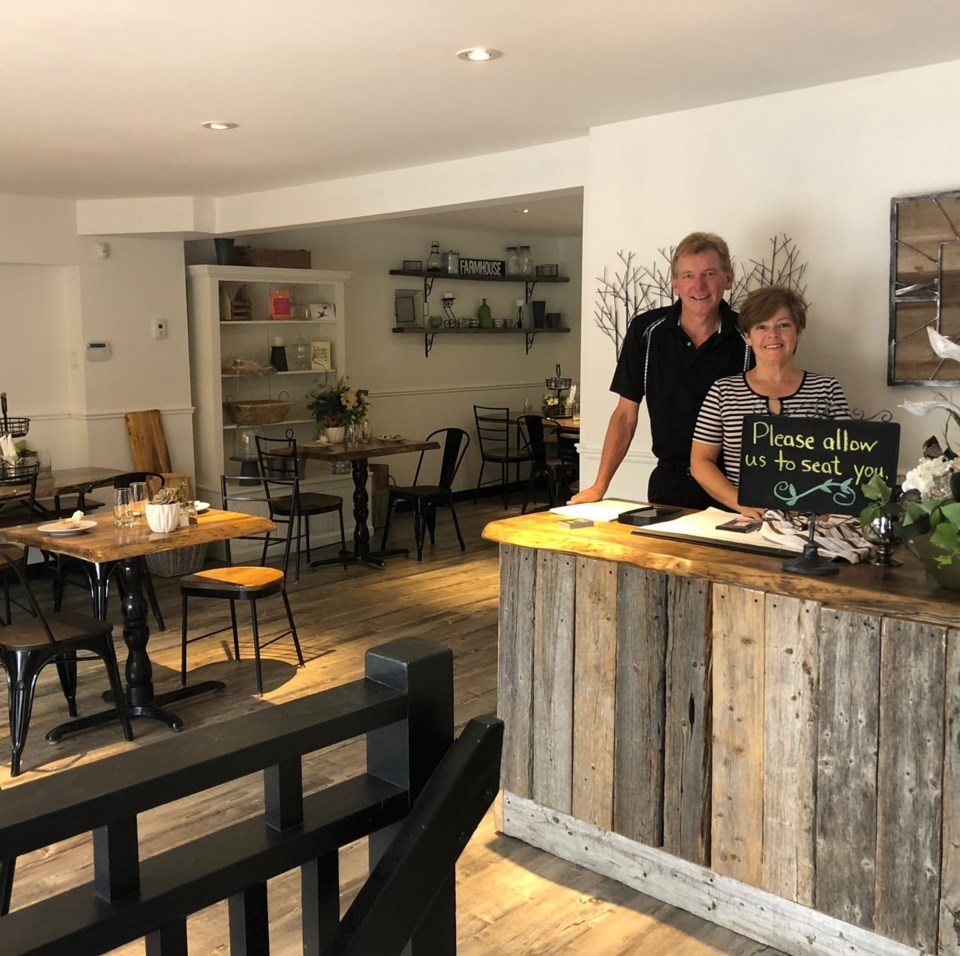 Linda and Mike Sloat are the husband and wife team behind The Curly Willow, a family-owned, 20-seat restaurant in Collingwood. Contributed photo

A Collingwood restaurant has announced it will not be accepting diners from regions that are under red restrictions or lockdowns.

The decision was easy for Linda Sloat, owner of the Curly Willow. The reservation-only restaurant is letting everyone who calls know of the policy - if you are from an area in the province’s red restriction zone or locked down area you cannot come to the Curly Willow to eat right now.

“They’ve been asked not to travel,” said Sloat to CollingwoodToday. “If they’re coming up here, then they’re basically breaking the law. If you don’t live here, you shouldn’t come here.”

She heard from a server at another restaurant about a table of people who announced they came from Peel to Collingwood for lunch because everything in Peel was closed.

“It really hit home that for the 99 per cent of people and businesses complying with protocols, there will unfortunately be those, for whatever reason, that will not,” stated the restaurant’s announcement on its Facebook page. “It was then and there that we decided that we needed to do more.”

The 20-seat, family-owned establishment has been open for three and a half years. They are closed on weekends, and Sloat said most customers are locals and many are regulars, which makes it easier for them to apply their new rule. If someone calls and they don’t recognize them, the Curly Willow staff will ask where they’re from. If it’s a region in the red zone or in lockdown, they’re told about the policy.

“When we were shut down [in March]…the locals were there and they kept us going. It hasn’t been Toronto that has kept us going,” she said.

Sloat said she’s had about six calls in the last couple days from people in red zones, and noted they’ve been understanding of the policy. On one occasion a regular diner wanted to bring her son who was visiting from Mississauga, Sloat told the customer that couldn’t happen right now.

She also heard of at least three tables (eight guests) who came to the Willow for the first time after finding out about the new policy.

The restaurant has had several comments on the original Facebook post Sloat made to let customers know. Many have called on other businesses in the community to implement the same policy.

“We didn’t do it for validation,” said Sloat. “I have friends, and servers especially, who are terrified…they have to wear goggles to serve customers. They’re putting their lives at risk so people have the luxury of eating out.”

She noted her husband has asthma and the small restaurant has a total of four employees.

“Employers have to keep their employees safe,” said Sloat. “We’re doing all we’re supposed to do,there are all these rules we have to follow. But you don’t know if the people walking through the door are following the rules.”

Simcoe County will enter orange restrictions on Monday while Peel and Toronto enter lockdown under the province’s COVID-19 Response Framework. There have been cases reported in Collingwood, Clearview and Wasaga Beach this month, and Sloat acknowledged limiting customers to locals or other green, yellow and orange zone residents is not a guarantee of keeping the coronavirus away.

“It’s not foolproof, we could still have somebody come in here with COVID-19,” she said. “We’re doing all the things we should be doing as a community business to keep the spread down.”

Not everyone has reacted positively, and some have suggested it’s a discriminatory policy.

Sloat says it’s not about that.

“They’ve been asked not to travel,” she said. “If you think protecting people is a negative thing … you’re exactly the person we don’t want to come.”

WATCH: COVID-19 testing for asymptomatic students, staff to begin at hot spot schools
Nov 26, 2020 12:30 PM
Comments
We welcome your feedback and encourage you to share your thoughts. We ask that you be respectful of others and their points of view, refrain from personal attacks and stay on topic. To learn about our commenting policies and how we moderate, please read our Community Guidelines.