Collingwood man with COVID-19 warns the virus is no joke, urges more caution

'I'm strong and fit and it levelled me ... it spooked me,' said 30-year-old Chad Warren a competitive cyclist and fitness-obsessed trainer from Collingwood
0
Apr 7, 2020 12:23 PM By: Erika Engel 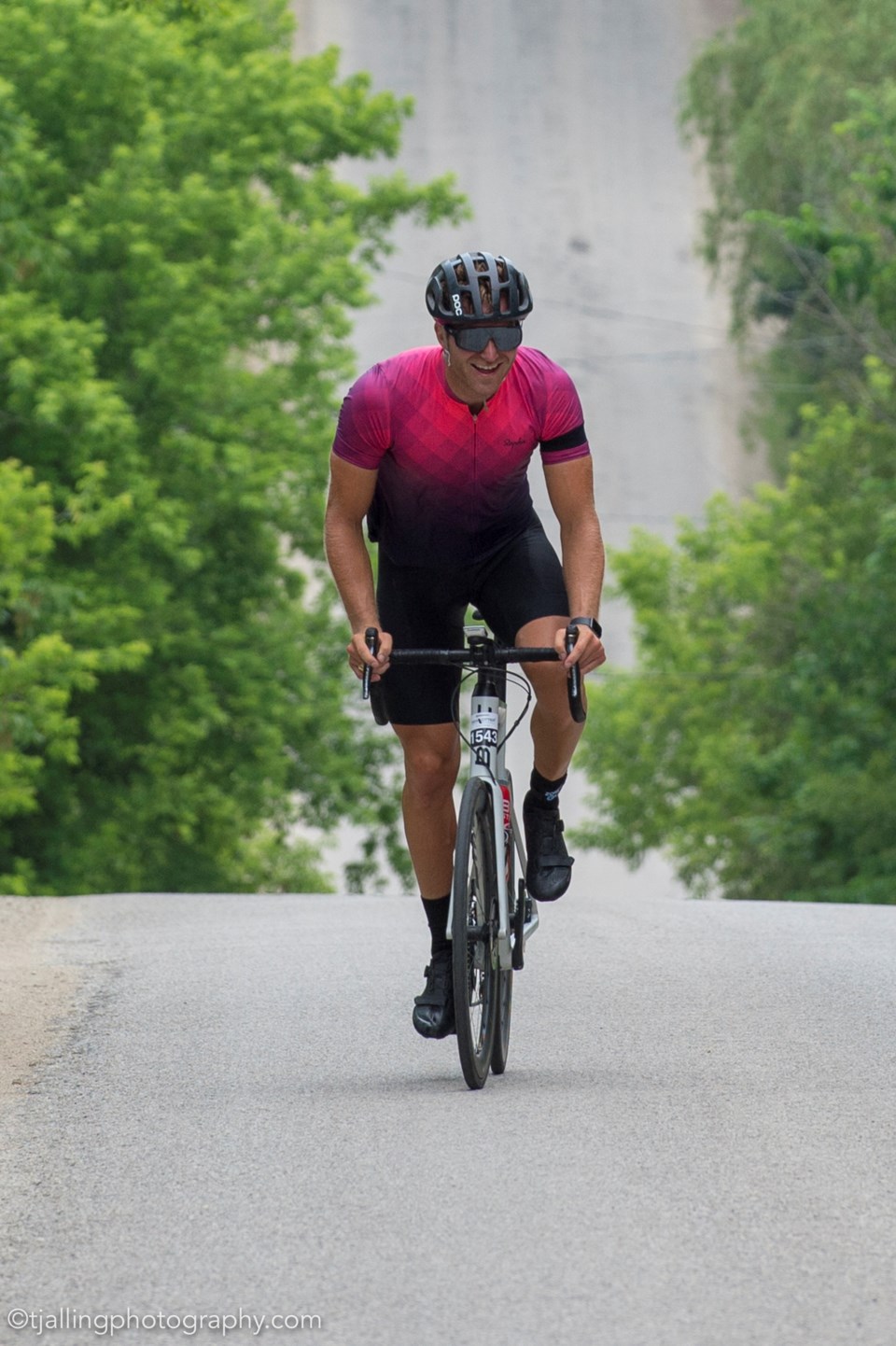 Chad Warren is a fit, healthy 30-year-old who had a harrowing experience with COVID-19 that has left him spooked and warning more people to take it seriously. Contributed photo taken by Tjalling Photography

*Editor's note: This story has been updated from a previous version to include comments from Dr. Charles Gardner, medical officer of health for Simcoe Muskoka District Health Unit

As a strong 30-year-old man who has cultivated a lifelong obsession with health and fitness, vulnerability and weakness are not common feelings for Chad Warren.

But when he was infected with COVID-19 and passed out on the floor at home due to an “aggressive” fever, he experienced both those feelings.

“I was pretty rattled,” he said. “I thought, if [the fever] gets any worse, there’s nothing I can do about it. I felt very vulnerable.”

He was diagnosed with COVID-19 a week ago, and he is speaking out about his experience in the hopes it will encourage people of every age - especially those who consider themselves healthy and with no pre-existing conditions - to take the virus seriously and know it is severe.

Warren, a Collingwood resident, is believed to have contracted the virus through community transmission. He’s 30 and has been an athlete his whole life, playing university sports; today he is the owner of a training centre and gym. He regularly weight trains and rides his bike in extreme competitions and events.

“My immune system is pretty good. I can’t remember the last day I had to miss work for being sick,” said Warren.

He was following the recommendations of health officials during the pandemic. He was physically distancing himself from others, he was staying home. He closed his business when the province announced all non-essential businesses should close.

One day he ran into someone he knew who had recovered from COVID-19. He stood outside – about six feet away from the person – for a “brief” conversation.

“Just like that, I got it,” said Warren. “We didn’t come close to each other, we didn’t shake hands, we didn’t touch the same surfaces.”

Dr. Charles Gardner, medical officer of health for Simcoe Muskoka District Health Unit (which includes Collingwood), said it's impossible to pinpoint exactly how and where a person who contracts the virus through community transmission actually picks it up.

"There is community transmission happening right now," said Gardner. He said physical distancing and a 14-day quarantine for those who have the virus "won't be perfect" but called them "highly protective," measures for preventing transmission.

Warren said he was surprised to learn he could get the virus while still practicing physical distancing.

“That’s what’s important to get into people’s ears,” he said, urging people to avoid meeting for walks or hikes or even drinks in the backyard and thinking that keeping a distance while doing so will protect you from transmitting or getting the virus.

Last Sunday and Monday (March 29 and 30) Warren started feeling what he describes as “exceptional” fatigue and “aggressive muscle aches and joint aches.”

“It honestly felt like I got hit by a truck … my whole spine was hurting and I couldn’t get comfortable,” said Warren.

Despite the fatigue, a headache and the muscle aches kept him from sleeping.

“It was almost as if my bones were hurting,” he said. “It was really deep.”

On Tuesday morning he felt a fever come on.

“I was delirious, I was sweating through my clothes,” said Warren.

He passed out from the fever and awoke moments later in a puddle of sweat. He lives alone and said the severity of the fever was what rattled him most. He couldn’t do anything about it but hope it would pass and he would recover.

He drove himself to the hospital, and there, emergency department staff swabbed him for a COVID-19 test. His positive result was confirmed in 48 hours. The Simcoe Muskoka District Health Unit reported his case on April 3.

He had no respiratory symptoms until about five days after his aches and pains began. It was then he started feeling out of breath and noticing tightness in his chest.

He has another week in self-isolation and his symptoms have mostly cleared, though he remains very tired.

He said he sleeps about 11 to 12 hours a night and is at about 60 per cent of his normal energy levels.

“I’m strong and fit and it levelled me for three to four days … I was very, very sick. It spooked me,” he said. “It humbled me … it gave me the understanding that anyone is vulnerable.”

He said getting the virus had changed his perspective.

“I just want everybody to follow the rules,” said Warren. “Even if you think you’re in a grey area and you’re meeting up with people but being five or six feet apart so you’re safe … I see people going on hikes or bikes together, and likely they think it couldn’t be spread that way. But you have no idea. I was in the same mindset until I got very sick. This thing is no joke.”

Warren is thinking even more of older members of his family and people who are vulnerable to a respiratory virus due to existing conditions. He said his case was only considered “moderate to mild” and it makes him more worried about hospitalized cases and seniors facing the same aggressive pain and fever.

“People should take it seriously,” he said. “If anyone has the idea that it’s only affecting vulnerable populations, that’s by far not the case.”

While he recovers at home, Warren said his network of friends have taken good care of him, leaving groceries and books on his doorstep. He will remain self-isolated for at least another week to fulfil the 14-day quarantine requirement for those with the virus.

Collingwood mortgage broker giving away groceries to those in need
Jun 6, 2020 9:00 AM

Collingwood Nursing Home on solid ground after being 'turned upside down'
Jun 5, 2020 6:45 PM
Comments
We welcome your feedback and encourage you to share your thoughts. We ask that you be respectful of others and their points of view, refrain from personal attacks and stay on topic. To learn about our commenting policies and how we moderate, please read our Community Guidelines.