Four in the running for English public school board trustee 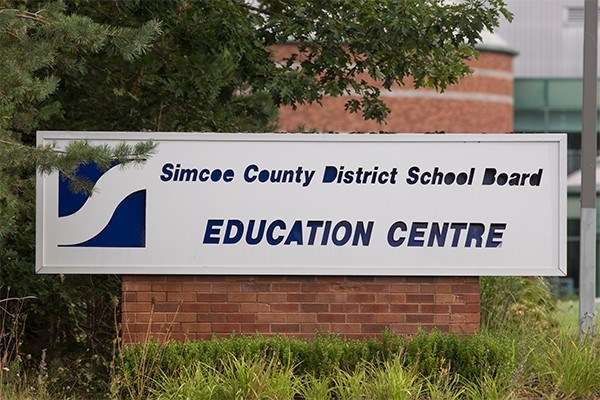 CollingwoodToday recently asked the candidates running for trustee positions for their thoughts leading into the election and to introduce themselves to residents who may be new to the area.

Four candidates are running for the English public board trustee position (Simcoe County District School Board), where one trustee will be elected covering the Collingwood/Wasaga Beach area. They are Hugh Caulfield, Brian McWilliams, Rob Potter and Tanya Snell.

Hugh Caulfield did not respond to multiple interview requests from CollingwoodToday.

While Brian McWilliams did submit a response to CollingwoodToday, the majority of his responses were deemed unfit for publication due to them including unsubstantiated allegations of criminal activity, some racially insensitive and anti-LGBT charged speech and suggestions not under the purview of a school board trustee position.

McWilliams says he was born in 1957 and graduated from Appleby College in Oakville. In 1977, he says he got a diploma from George Brown College and was a stock market investor.

Rob Potter has lived in Collingwood for 50 years, retiring this year from a position with the school board.

“I am still very interested in supporting students, so this is my reason for running for the position,” he says.

“I also want a complete examination of the fees and accessibility of secondary extra curricular activities, and greater development of programs like Junior Achievement and Entrepreneurial Adventure in the elementary system,” says Potter.

The board’s greatest attribute, according to Potter, is its talented employees. He adds that both short and long term, more focus should be placed on adopting new technologies.

“(The board also) needs to integrate more with the community in the delivery of programs,” he says.

Potter believes that any elected trustee’s first priority should be to listen.

“Trustees can do a great deal if they listen to staff, students, parents and the community of their schools, and keep those at the Education Centre and the ministry informed,” he says. “There needs to be greater co-operation in the development of schools as community centres with partnerships between the board, municipalities and the province in all construction of facilities.”

Tanya Snell grew up in Mississauga, moving to B.C. at 19 to work her way up to a youth worker position with the City of Vancouver for eight years. She moved to Wasaga Beach 14 years ago, started her own marketing company and has volunteered heavily in the community.

“I have been President of the Wasaga Beach Women’s Business Association for the past five years and have been fortunate to win a few awards for my business,” she says.

Helping to create a better future for her daughter is what drew Snell to run for the trustee position.

“I have a daughter in Grade 7 and I want her education experience to be the best that it could be,” says Snell. “I see some inherent challenges with some of the delivery of services and inequity across the board in terms of school facilities and services.”

Snell’s dreams for the area include all schools having equal access to programming, quality facilities, and a shift of educational focus to life skills and real-world preparation.

She also sees the board’s best attribute as having representation from across the county.

“It can play a role in advocating for parents and families in regards to access to services and quality education,” she says.

“In summary, I simply want to serve our kids.”