But whether today's powerful strains of weed cause the condition, or just brings it on earlier, is still unclear
Oct 3, 2018 10:55 AM By: Darren MacDonald 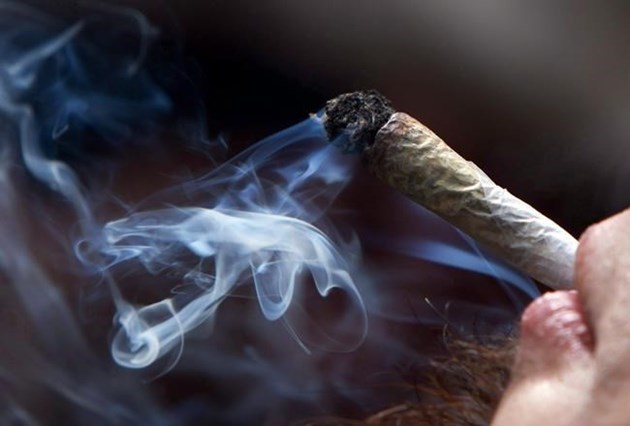 SUDBURY - When a man who went berserk at the downtown Sudbury Transit Terminal in April had his day in court, his lawyer told the judge that he was suffering from an episode of marijuana-induced psychosis.

He had no prior criminal record, the lawyer said, and when he ran toward two Greater Sudbury Police officers, he was out of touch with reality.

Alex Stavropoulos, 25, was sentenced to time served (99 days in jail), two years probation and was ordered to pay $215 in restitution to a Sudbury Transit employee. The worker was injured when police fired five or six shots to stop Stavropoulos, who came at them wielding a knife and ignored orders to stop.

But his defence sparked outrage among some Sudbury.com readers, who argued that linking pot and mental illness doesn't jive with their experiences.

“I've been a heavy smoker for 20 years and I've never ever had any experiences that would lead me to believe in marijuana-induced psychosis,” one critic wrote. “There is something else wrong with this guy and blaming weed wont get him the help he needs.”

“Marijuana has nothing to do with that whatsoever!” wrote another.

The issue is so new, Sudbury's health unit and the local office of the Canadian Mental Health Association don't have anyone who could speak to the issue.

Dr. Candice Crocker, a Halifax-based researcher who has reviewed existing studies as well as conducted research on her own, says despite what marijuana advocates may want to believe, pot-induced psychosis is a real thing.

Studies have consistently shown that people who are given THC in high doses experience psychotic episodes, Crocker said.

"We have human laboratory studies that show that individuals who have no mental illness, no apparent symptoms of mental illness, that if you give them THC ... or if you give them cannabis extracts, you can actually induce transient psychosis in these individuals," she said."Some studies have it in 35 per cent of people, some have it at 50 per cent. These are dose-dependent responses, so the higher the dose that's given, the more psychotic these people are."

This type of psychosis is transient, she said, so it does wear off.

"So if you've had a huge dose, and you suddenly lose your mind and commit a crime, that's the legal argument behind (the defence)," she said.

"The other link that's more involved in the research I do directly, is, we know that people who undergo a psychotic bad trip with cannabis, we know that 50 per cent of those people will go on to develop schizophrenia. And that's permanent mental illness, that's not temporary."

But Crocker says it's not clear yet if the marijuana itself causes the schizophrenia, or if the psychosis triggers something that would have happened anyway.

"Their judgement is quite impaired."

Why haven't veteran pot smokers experienced it? Crocker says part of the reason is the powerful strains that have been developed in recent years.

The active ingredient in cannabis – the chemical that gets users high – is Tetrahydrocannabinol, or THC. While pot from 20 or 30 years ago was about four per cent THC, strains today are as high as 28 per cent, she said.

"The interesting thing from the human laboratory studies is there are a couple that show if (study participants) received CBD before they got the THC, they didn't become as psychotic,” Crocker said. “It lessened the effect."

While THC levels have been soaring, cannabidiol (CBD) levels have not. And CBD seems to offset the impact of the THC, Crocker said.

"Back in the 1980s, pot had equal percentages of THC and CBD in it,” she said. “The reason people say they don't believe in (marijuana psychosis), that it has never happened to them, it probably wasn't their experience. But we're comparing apples and oranges at this point.

“Something that is 28-per-cent THC and no CBD is going to be a lot more psychosis-inducing than the four-per-cent THC, four-per-cent CBD that likely was seen in colleges in the 1980s ... The demand has been for more and more potency."

While she's no fan of legalization, Crocker says the upside is researchers will be able to access a lot more data and develop a much better understanding of the short- and long-term effect of psychosis. That way, they can offer better advice and cautions to pot smokers.

"For example, we strongly suspect whether or not you develop psychosis (is determined) by a genetic component,” she said. “But we have no way yet of determining what the risk factor is.

And for young people who have had psychotic episodes? Crocker said the good news is, the risk of developing long-term mental illness can be addressed by quitting.

"If they stop, the studies I've seen show they are going to be OK," she said. "If they continue, that's where the 50 per cent of them will develop schizophrenia (and other mental health issues)."

Cannabis will be legal in Canada starting Oct. 17.

ONTARIO: Over 20 Metro products across the province recalled due to possible salmonella
Nov 29, 2020 8:10 PM
Comments
We welcome your feedback and encourage you to share your thoughts. We ask that you be respectful of others and their points of view, refrain from personal attacks and stay on topic. To learn about our commenting policies and how we moderate, please read our Community Guidelines.

About the Author: Darren MacDonald