CANADA: Which health care promises will the Liberals realistically be able to keep?

There is only so much the federal government can do without full buy-in from the other levels of government
Oct 22, 2019 11:52 AM By: Global News 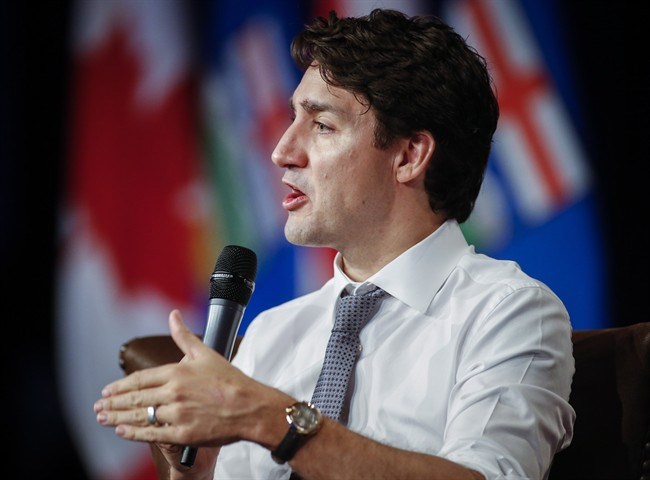 The Liberals have a number of significant health care-related campaign promises to live up to as they are set to form a minority government. This includes $6 billion in new health care spending over four years, and promises to implement a national universal pharmacare program and ensure better access to family doctors.

But because the logistics and delivery of health care is mainly under provincial jurisdiction, there is only so much the federal government can do without full buy-in from the other levels of government.

Federal governments can, however, set certain priorities and targets. And they are also directly responsible for providing health care to certain groups of people across the country including many Indigenous communities, refugees, and veterans.

As a number of the Liberal health care plans overlap with those of the NDP and Green Parties, it is likely that they will be supported on measures like pharmacare and improving access to mental health services.

“Over the years since 1984, when the Canada Health Act was signed, the amount the federal government transfers to the provinces has decreased decade by decade,” Dr. Gigi Osler, a Winnipeg physician and former president of the Canadian Medical Association, previously told Global News.

A major aspect of the Liberal’s healthcare platform is to “take the critical next steps” toward implementing national pharmacare. Both the NDP and the Green Party also pledged to implement their own forms of pharmacare. The Conservative Party opposed such a program, and its only platform promise related to prescription medication was to make drugs that treat rare diseases more affordable.

Although the Liberal platform does not give a specific time frame, the Liberal government said earlier this year it accepted the findings of its own advisory council, which outlined what such a program would look like.

“One of the most important promises that the Liberals have made is to introduce universal national pharmacare,” said Dr. Tara Kiran, a family physician and professor at the University of Toronto, in an interview on Monday.

“I think they weren’t as bold as the NDP or Green Party in terms of the timeline, but there is still an indication that they would be moving forward and enacting the recommendations from the recent expert panels.”

Kiran said there is “a lot of excitement” within the medical community that national pharmacare could finally become a reality.
“The time is now for pharmacare and with that opportunity and that window, I think that the Liberals will have as good a chance that they ever would.”

The council, led by former Ontario Liberal health minister Eric Hoskins, found that it would cost around $15.3 billion per year by 2027, a figure that Trudeau has cited when asked how much his party’s plan could cost.

Trudeau has also pledged to improve wait times for health care services, yet it is unclear exactly how his government would do this, and what the plan is to get all the provinces and territories on board and on par with one another.

Further, Trudeau has also said a re-elected Liberal government will ensure that everyone in Canada has access to a family doctor or primary care provider, and “set clear national standards for access to mental health services.”

It’s unclear how the Liberals plan to do this. Health experts say that while the goal of improving access to primary care is necessary, the steps to do so are complex and would require overhauling the entire system itself.

“We are abhorrent at wait times,” Ivy Bourgeault, a health professor at the University of Ottawa, previously told Global News.

And in order to improve this, she said the federal government needs to shore up efforts to gather the proper data on the issue across the country, something that is not happening, and something that federal leaders have not discussed so far on the campaign trail.

Without proper statistics collection, she said the risk is that money and resources will not be spent in an efficient manner.

“How can we plan without good data?” Bourgeault said. “We do all of these reform efforts without even knowing where to start.”

A Global News investigation earlier this year found that hundreds of Canadian women are being sent to the U.S. for abortion-related services that they cannot access in their home province, and the Globe and Mail recently found that access to the abortion pill is patchy across Canada due to doctors being unwilling to prescribe it.

This summer, after Parliament was adjourned, Liberal health minister Ginette Petitpas Taylor warned provinces in a letter that making women pay out-of-pocket for abortion care at private clinics makes them in violation of the federal Canada Health Act.

This is a sign that the issue will be taken up again when the next Parliament is in session.

One of the first promises in the Liberal platform section on “Building a Better Future With Indigenous Peoples” includes a pledge that the government will provide access to the “high-quality, culturally relevant health care and mental health services they need.” This would include co-developing specific Indigenous Health legislation.

Many Indigenous leaders say that any promises related to reconciliation and improving the quality of life within communities must include implementing the UN Declaration on the Rights of Indigenous Peoples. The platform states that the party will “co-develop” legislation to implement the declaration by the end of 2020.

Regarding veterans, the costed portion of the platform says a Liberal government would spend an additional $53 million for mental health and wellness services, an amount that would increase to $105 million in the following years.

Earlier this month, Global News reported that the Liberal government had slashed reimbursements for health care for military members, but the Canadian Armed Forces later said those funding changes should not have been done without proper consultation.

The Liberal Party did not get the Parliamentary Budget Office to cost health care-related aspects of its platform, though it has promised new health spending. This includes $750 million in 2020-2021 for “strengthening public health care,” $30 million for pediatric cancer research, and $100 million for drug addiction treatment and “combating opioid and meth addiction.”

CANADA: StatsCan says country gained 419,000 jobs in July
Aug 7, 2020 12:30 PM
Comments
We welcome your feedback and encourage you to share your thoughts. We ask that you be respectful of others and their points of view, refrain from personal attacks and stay on topic. To learn about our commenting policies and how we moderate, please read our Community Guidelines.