The Liberal climate plan, as outlined in its 2019 platform, largely builds upon the work the party did during its first four years in power
Oct 22, 2019 10:44 AM By: Global News 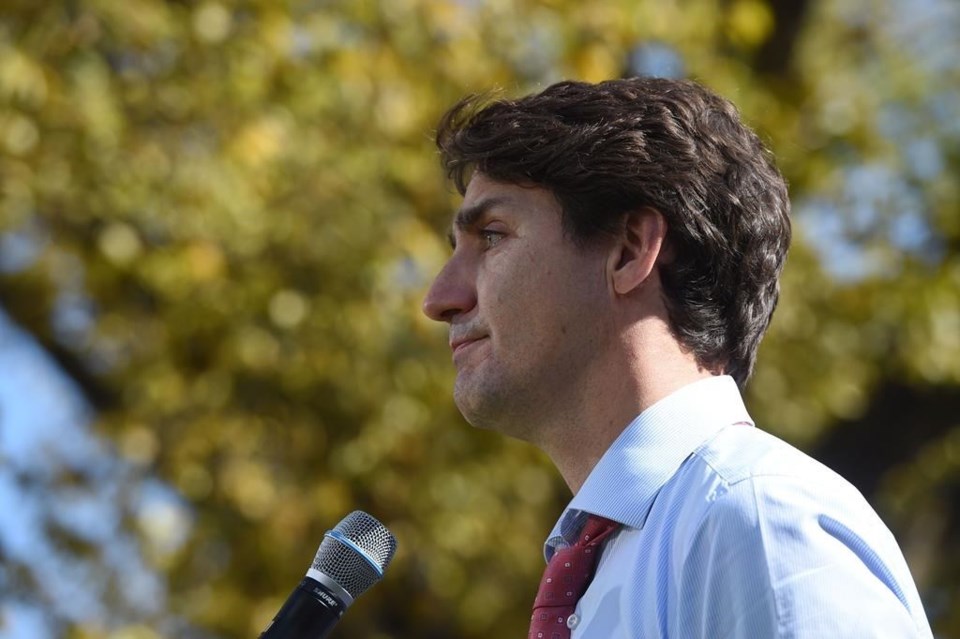 Climate change proved to be a central topic this election cycle, with each federal leader pitching how their party would tackle the issue and mitigate the effects of global warming.

Now, Canadians have voted and the Liberal party has won a minority.

By 12:30 a.m. ET Tuesday morning, the Liberals were leading in 157 ridings across Canada.

If the party forms government, its plan will be put into place.

What did the Liberal party promise when it comes to climate change and which of those promises will it be able to keep?

Here’s what you need to know:

What did the Liberals promise?

The Liberal climate plan, as outlined in its 2019 platform, largely builds upon the work the party did during its first four years in power.

This time around, however, the Liberals have promised to exceed Canada’s 2030 emission goal, and achieve net-zero carbon emissions by 2050. They say they will do this by setting legally-binding, five-year milestones based on the “advice of experts and consultations with Canadians.”

The party says it will also continue forward with its federal price on carbon.

While on the campaign trail, Liberal Leader Justin Trudeau faced many questions as to how his government could reconcile its decision to purchase the Trans Mountain Pipeline and allow its expansion, while also setting these climate goals.

In its platform, the Liberal party committed to investing “every dollar” earned from the Trans Mountain Expansion Project into Canada’s clean energy transition.

The party estimates that additional federal corporate income tax revenues resulting from the Trans Mountain Expansion Project could generate $500 million per year once the project has been completed.

It says that money, as well as any profit from the sale of the pipeline, will be invested in “natural climate solutions and clean energy projects that will power homes, business and communities.”

While campaigning, Trudeau also vowed to introduce the “Just Transition Act,” which will give workers access to training, support and new opportunities the party says are “needed to succeed in the clean economy.”

During the weeks-long campaign, Trudeau also vowed that under a Liberal government, 2 billion trees would be planted over a 10-year period.

Is the plan achievable?

According to Kathryn Harrison, a political science professor at the University of British Columbia, several aspects of the Liberal plan are “doable.”

“The Liberal plan — for the most part — is what they’ve already gotten,” she said. “And that’s quite significant.”

“They’ve put in place a national price on carbon that will rise to $50 per tonne in 2022, and in order to do that, they have had to implement a federal tax and dividend plan in four provinces. And they’ve committed to extend that to Alberta in January if they’re re-elected. So that’s the big thing — we know it’s doable because they’ve done it,” she said.

She says other measures in the party’s plan, including adopting regulations on phasing out coal-fired power, regulating methane emissions, implementing a clean fuel standard, planting trees and the party’s proposed interest-free loans for green home renovations, are also doable.

Harrison says questions arise, though, when it comes to some of the more generic commitments the Liberals have made.

They’ve talked about the kinds of things they would do, but not with the detail that would give me confidence that we’re actually on track yet.

“I think they could, but they haven’t said how.”

Similarly, Angela Carter, a political science professor at the University of Waterloo who researches oil and climate change, says the Liberal climate  plan is “contradictory,” and that it will be “extremely difficult, and maybe outright impossible” to achieve the emission reduction targets if Canada does not do something about oil and gas emissions.

She says to stay within two degrees of warming as outlined in the Paris Agreement, approximately 70 per cent of Canadian oil “must remain in the ground.”

“It makes it very, very difficult to meet those targets if we are also expanding oil and gas. The data that I see indicates that if we’re going to let the oil and gas sector in Canada expand — as the Liberal government and also industry representatives would like it to expand — basically that means that every other sector right across Canadian society has got to undertake emissions reductions,” she says. “It would just require unimaginable reductions across Canadian society.”

Donald Wright is a political science professor at the University of New Brunswick who studies the politics of climate change. He says this is where policymakers run into difficulty.

“Every study has shown that we’ve spent our carbon budget,” he said. “But Justin Trudeau doesn’t live in that world. We live in the real world. So he has to develop public policy that’s going to make sure that the trucks keep moving, planes keep flying. … So that’s why it’s such a difficult task, a difficult problem for policymakers to address.”

Wright says climate scientists who insist the oil should not be extracted are right, but that Canada doesn’t know how to leave it in the ground because society is reliant on it.

“We are so locked into an economy that’s predicated on growth, fuelled by consumption and made possible by carbon,” he said.

How will a minority government affect the Liberal’s climate plan?

The Liberals, unable to gain enough seats for a majority this election, now find themselves in a minority situation.

Wright says they will be pushed further on climate policies because the NDP and Greens will likely make that a condition of their support.

Harrison says while she doesn’t see an actual coalition forming, the question now becomes whether the Liberals will negotiate for more formal supply and confidence agreements, or negotiate bill-by-bill with minority parties for support.

“Historically, Liberal governments have governed without formal agreements in place because on certain policies, they can look to the Conservatives for support,” she said. “On others, they can look to the NDP. So we’ll see, but I think when it comes to climate change policies, the Liberals are going to get more support from the parties to their left and those parties will be pushing them to do more and do faster.”