CANADA: Dr. Tam says COVID Alert app helps even if it works only on newer phones

Tam says we need to use every tool we have to fight the pandemic, even if they aren't perfect
Aug 4, 2020 5:30 PM By: Canadian Press 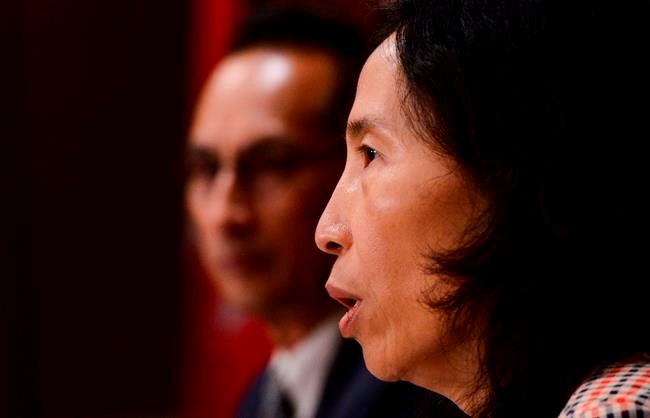 OTTAWA — Answering criticism that the federal "COVID Alert" app only works on newer smartphones, Dr. Theresa Tam says it's one of many tools in fighting the novel coronavirus.

The app released last week is meant to tell users if their phones have recently been close to a phone registered to someone who volunteers that they've tested positive for COVID-19.

But it works only on phones released in the last five years or so because it needs a relatively recent operating system.

Critics say that will leave out poorer and older Canadians, who are more likely to use older devices and suffer worse effects from the virus.

The government said Monday that 1.1 million people had downloaded the app.

Tam says we need to use every tool we have to fight the pandemic, even if they aren't perfect.

This report by The Canadian Press was first published Aug. 4, 2020.

Ontario to review COVID-19 symptoms list for schools, minister says
Sep 23, 2020 1:21 PM
Comments
We welcome your feedback and encourage you to share your thoughts. We ask that you be respectful of others and their points of view, refrain from personal attacks and stay on topic. To learn about our commenting policies and how we moderate, please read our Community Guidelines.