There is no way for the government to know or even suspect that someone visiting Canada may have overstayed their welcome
0
Oct 18, 2019 7:20 PM By: Global News 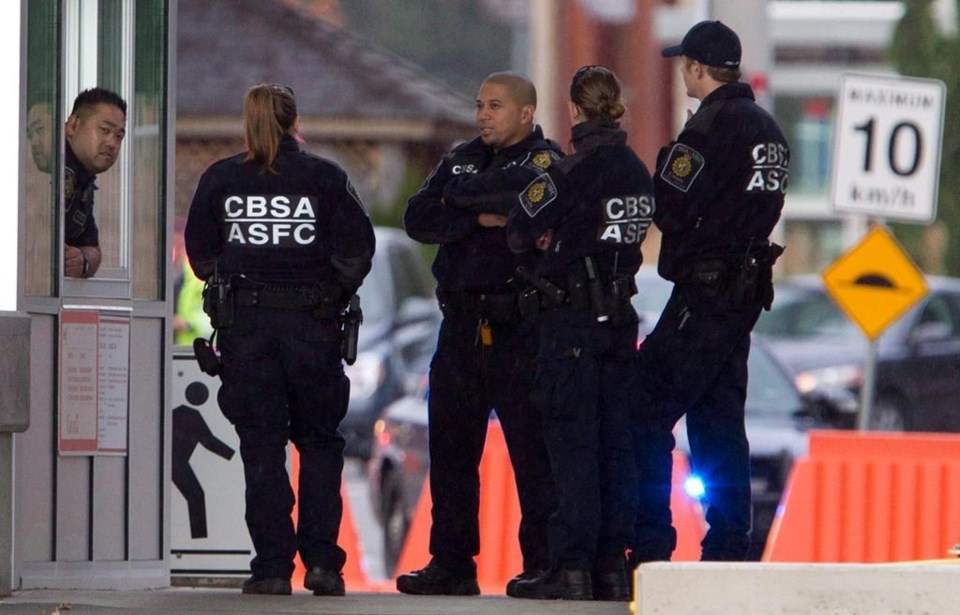 Millions of people come to Canada every year to work, study and visit. Tens of thousands more come to make asylum claims.

When their visas expire or their refugee claims are rejected, they are supposed to leave. But not everyone does.

Currently, there are more than 48,000 active arrest warrants in Canada for people wanted on immigration violations. According to the Canada Border Services Agency (CBSA), the “vast majority” of these cases involve people wanted for deportation.

But these figures may not tell the whole story.

Global News has learned the CBSA cancels arrest warrants for failed refugee claimants and other people wanted for removal who it cannot find, even in cases where it is not clear whether a person has left Canada.

What’s more, the CBSA does not track how many warrants it cancels in cases where a person’s whereabouts are unknown.

Because the CBSA only recently started tracking people when they exit the country by land — and still doesn’t track people who leave by air — there’s no way for the government or CBSA to say for sure how many people have overstayed their welcome.

Kelly Sundberg, a former border agent turned professor at Mount Royal University in Calgary, says Canada has been cancelling arrest warrants for people facing deportation since before the CBSA was created in 2003.

Back in the early 2000s, when he worked at the agency that would later become the CBSA, Sundberg says he was assigned to a team in Lethbridge, Alta., tasked with “culling” old warrants for people facing deportation whose cases had been in the system for at least five years.

The protocol for cancelling a warrant, Sundberg said, involved calling known associates of the wanted person, doing internet searches and checking criminal and entry records in other countries to see if someone wanted for arrest had left Canada voluntarily.

But because the process relied almost entirely on anecdotal evidence, it was deeply flawed, he said.

Still, if a case did not involve criminality or national security risks, Sundberg says he and fellow officers were able to cancel arrest warrants without determining a person’s location.

“It’s crazy,” Sundberg said. “There’s no way we should have been doing it this way.”

According to Scott Bardsley, an official with the office of Public Safety and Emergency Preparedness Minister Ralph Goodale, the threshold for cancelling arrest warrants is “high.”

Both he and the CBSA say warrants cannot be cancelled when a person’s location is unknown in cases that involve national security threats, human rights violations, war crimes or criminality, including when someone is suspected of committing a crime.

Before cancelling a warrant, the CBSA considers the amount of time someone has been wanted in Canada without being detected, plus the age of the wanted individual. Bardsley says the average age of existing CBSA warrants is 10 years old.

“In limited circumstances, an immigration warrant may be cancelled even if it cannot be confirmed that an individual has left Canada,” said CBSA spokesperson Rebecca Purdy.

“CBSA officers must exercise due diligence in exhausting all leads to locate an individual before a warrant can be cancelled.”

This process can include in-person investigations at someone’s last known address, plus efforts to verify if a wanted person has come into contact with other government agencies, Purdy said.

But the CBSA doesn’t know how many warrants have been cancelled without finding the wanted person because its database is not designed to track this information.

“While the agency does hold information regarding the reason for warrant cancellations, we cannot provide you with this information as it would involve a physical file review of cases,” said CBSA spokesperson Ashley Lemire.

According to Lemire, the CBSA cancelled more than 1,300 immigration warrants in 2018. It’s unclear how many of these cancelled warrants were for people who could still be in Canada but were not found by the CBSA.

‘No clue’ how big the problem is

Sundberg says the biggest problem isn’t that the CBSA cancels arrest warrants, it’s that the government has “no clue” how many times this has happened or how many people remain in the country without legal status.

With failed refugee claimants, it’s relatively easy to know when someone has overstayed their permit because they have regular contact with immigration officials, he said. This includes hearings, court appearances and scheduled flights if someone has received a deportation order.

But for anyone who is just visiting Canada — even if they require a visa — there’s no way for the government to know or even suspect they might have overstayed their welcome.

Sundberg says this is a huge problem from both a law enforcement and an immigration perspective.

And the government agrees.

While Bardsley insists it’s very difficult to live in Canada without legal status, he acknowledges that not knowing when someone leaves the country is a major gap in the integrity of Canada’s immigration system.

A big source of uncertainty, Bardsley said, is that people ordered to leave Canada often do so voluntarily without notifying law enforcement, even though it’s mandatory for them to check in with the CBSA prior to departure.

That’s one of the reasons why the government passed Bill C-21 in December, Bardsley said. The bill gives the CBSA legal authority to track exit information and review flight manifests for people leaving Canada.

“By passing C-21 … we’ll be able to identify those who do not leave the country at the end of their authorized stay and ensure that no resources are wasted chasing those who have already left,” he said.

While this new system should be in place by mid-2020, it will not help the CBSA track people who are already in Canada without legal status, Bardsley acknowledged.

An ‘underclass’ of non-citizens

From a security standpoint, both Sundberg and Bardsley say the way the CBSA cancels arrest warrants does not pose a risk.

Luin Goldring, a sociology professor from York University in Toronto, says studies of undocumented migrants living in the United States have consistently shown they are less likely to commit crimes than citizens or permanent residents — partly because people without legal status fear being deported, she said.

Still, Goldring says there is a shortage of quality research on the number of people without legal status in Canada, with estimates ranging between 200,000 and 500,000.

And it’s not all about failed refugee claimants and tourists, Goldring said.

Over the past decade, the number of people who have entered Canada on a temporary basis has far exceeded those who enter Canada permanently. This includes millions of temporary foreign workers and international students, she said.

It’s this “underclass” of precarious workers who are most likely to “fall out of legal status” once their temporary permits expire, Goldring said.

But she doesn’t think these people should be punished. Instead, she says the government should find ways to “regularize” the immigration status of anyone who is an otherwise law-abiding resident.

Goldring says a program launched by the government in July that offered permanent resident status for up to 500 “out of status” construction workers in the Greater Toronto Area is an example of how this could work.

Sharry Aiken, a Queen’s University law professor, says finding a pathway to permanent residence for people whose only offence is overstaying their visas would also likely cost less than tracking people down and deporting them.

“You can’t look at the problem through the lens of enforcement only,” she said. “Kicking people out is expensive.”

Aiken says Canadians also need to look at the scope of the problem.

She points to a recent Yale and MIT study that put the number of undocumented migrants in the U.S. at more than 22 million. Even if high-end estimates of people living unlawfully in Canada are accurate, the problems Canada faces are miniscule by comparison, Aiken said.

“I’m not too worried,” she said. “Because the people are either gone or they’re contributing to the Canadian economy and, eventually, they’ll get caught.”